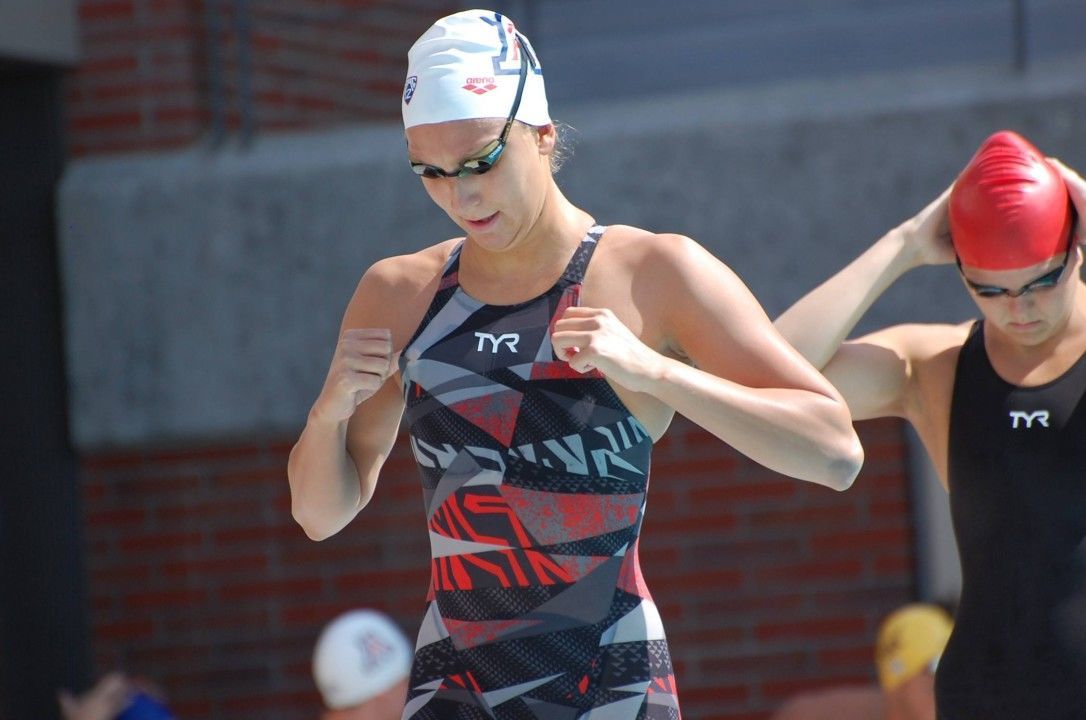 Margo Geer made the exclusive final list of 9 nominees up for NCAA Woman of the Year, an award which was ultimately given to Clarion's Kristin Day. Archive photo via Anne Lepesant

Clarion University diver Kristin Day was named the NCAA Woman of the Year this weekend, making her the first-ever honoree from the state of Pennsylvania. Day was the NCAA Division II National Champion on the 1-meter in 2015 and placed 4th on the 3-meter as well.

The award is presented annually to graduating student-athletes who have distinguished themselves throughout their collegiate careers in the areas of academic achievement, athletics excellence, community service and leadership.

Swimming and diving was well-represented in this year’s group of 9 finalists. Besides the winner Day, former Univesrity of Arizona NCAA Champion Margo Geer and Swarthmore College swimmer Supriya Davis, who holds 10 school records, also made the final 9. Swimming & diving had more representatives than any other sports.

Last June, the University of Arizona announced that graduating Wildcat Margo Geer had been selected as the Pac-12 Conference Woman of the Year for the 2014-15 academic year.  Geer then went on to make the prestigious list of 9 candidates up for the 2015 NCAA Woman of the Year Award.

Geer still holds the Arizona school records in the 100 free, as well as the 400 free/800 free/400 medley relays. She most recently represented the United States at the 2015 FINA World Championships in Kazan.