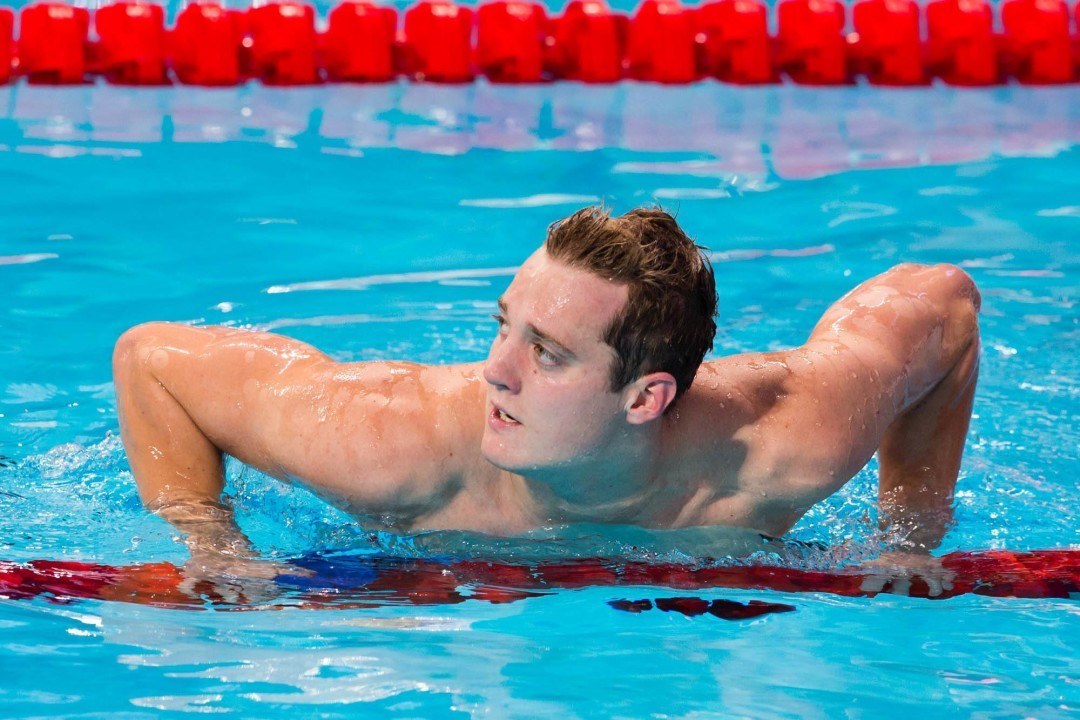 27-year-old veteran Andrew Willis has announced he will be hanging up his goggles, retiring from competitive swimming. Based at the Bath National Center for the last 8 years, Willis competed in two Olympics and three Commonwealth Games. In a tweet he titled, “A Little Life Update,” Willis states that, “I can truly say it has been an incredible journey full of ups and downs and one I am extremely grateful for.’

Willis made his initial mark on the international swimming scene back in 2008 when he raced his way to the men’s 200m breaststroke final at that year’s European Junior Championships. His first senior international medal-garnering performance came in 2014 when Willis took 200m breaststroke bronze representing England at the Commonwealth Games in Glasgow. His most recent major podium appearance came in 2016 when he scored silver in the same breast event at the Short Course World Championshps in Windsor.

At the 2018 Commonwealth Games, Willis settled for 4th in the 200m breast, while English teammate James Wilby took gold.

On his retirement, Willis says, “It really seemed like the right time for me to retire. I thought about it and spoke to my coaches, lifestyle advisors and family and thought whether I had another two years in me to get to Tokyo.

“Ideally I would have liked to finish after the Europeans, but now this has given me time to help out in the chemical engineering department at Bath, go on holiday and think about my next step.

“I’m really going to miss everyone at Bath, but the fact I’m here still helping out has given me some structure until I decide what to do next.”

Dave McNulty, Head Coach at Bath National Centre said, “Andrew has been such an important part of Bath – he is always the first to welcome new swimmers into the centre and has shown such a strong presence both in and out of the pool.

“As coaches, our job is not only to get the athlete to perform their best at the benchmark meet each year, but also bring out their best lifetime performance every four year Olympic cycle. Andrew achieved just that in Rio, with a lifetime’s best swim in the final of the men’s 200m Breaststroke, finishing 4th.

“On top of all his achievements in high performance swimming he worked hard to get a degree, then went straight on to achieve a Masters, showing both can be done simultaneously.”

Chris Spice, National Performance Director for British Swimming, said, “Andrew has been a huge part of the squad during my tenure, and will be missed by the staff and athletes alike.

“He has battled on the world’s biggest stage and always given his full focus to every task we have given him.

“Whilst we are sad for him to be leaving us, we wish him all the best for his next step. And know if he puts the level of focus and determination into that as he did in the pool he will surely make a success of it.”

IS “WHILST” A WORD? REGARDLESS HE IS AN AMAZING PERSON AND GREAT ATHLETE…BEST WISHES!