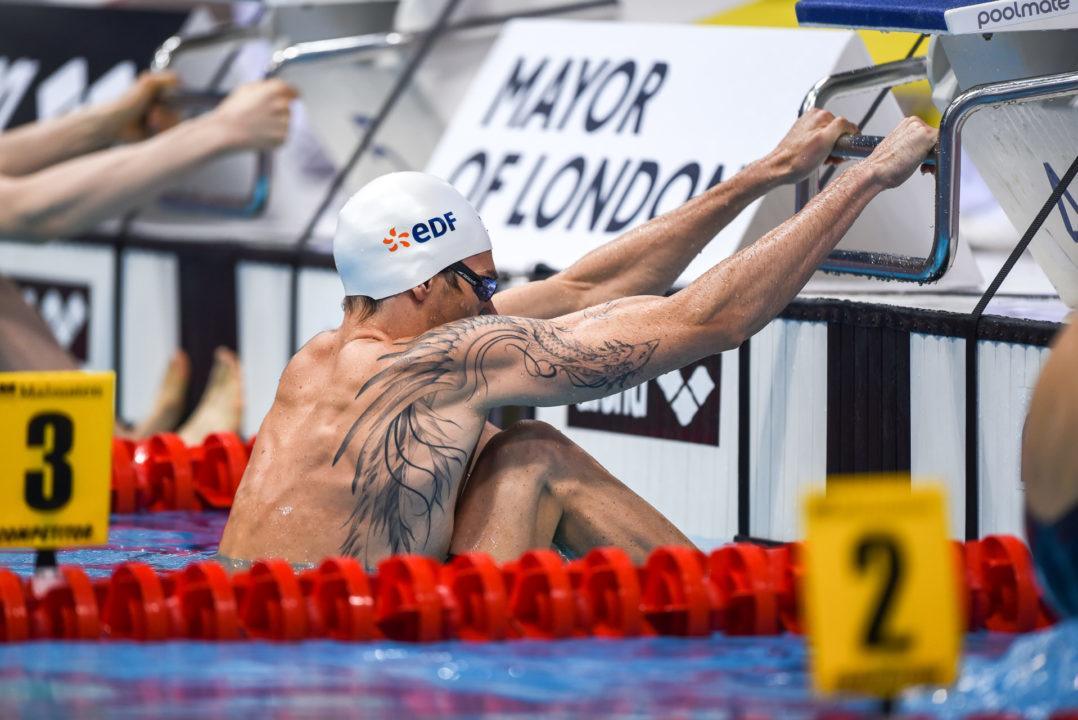 French backstroke world champion Camille Lacourt will compete for the first time at the Euro Meet in Luxembourg.

Lacourt announced on French TV at the end of November that he intends to qualify for the 50 m backstroke at the 2017 World Championships (LC) in Budapest, Hungary.

Camille Lacourt took a break following the Rio Olympic Games and on his way to the 2017 World Championships, the Euro Meet will be on of his first competions, along with several members of the best elite French swimming club, the Cercle des Nageurs de Marseille.

Besides winning the 100m backstroke at the 2011 World Championships, Camille Lacourt earned silver at the 50m backstroke, and thereafter won the 50m title twice in a row in 2013 in Barcelona and in 2015 in Kazan. His dream is to make a three-in-a-row in Budapest.

Also World champion and Rio Olympic silver medalist Laszlo Cseh (HUN) confirmed his attendance to the 2017 Euro Meet to be held at the D’Coque swimming pool in Luxembourg City from 27th to 29th January.

Laszlo Cseh, who celebrated his 31st birthday on December 3rd, stood together with Michael Phelps and Chad Le Clos on the silver medal stand at the 2016 Rio Olympic Games behind gold medal winner Joseph Schooling of Singapore. With this historic finish, the men’s 100 m butterfly race was one of the most memorable events in Rio with three men touching in 51,14 tie for second place.

Asked if he would retire after the Games like Phelps, Cseh, said that he wanted to swim in his hometown Budapest in the brand new swimming complex currently built for the 2017 World Swimming Championships. No doubt that the Euro Meet will once again be a solid start for the upcoming season, and that Cseh will perform July next in front of his home crowd.

Largest private banking centre
I would add one of the best tax havens in Europe….
A dream place for companies who want to pay the least possible taxes.
Remember Luxleaks.
Trump and his friends of Goldman Sachs love that kind of places. But it’s unnecessary for them to go there as they have Panama, Virgin Islands, Cayman Islands close to USA.

Apparently it’s super easy to make a shell company in Delaware you don’t even need to leave the states.