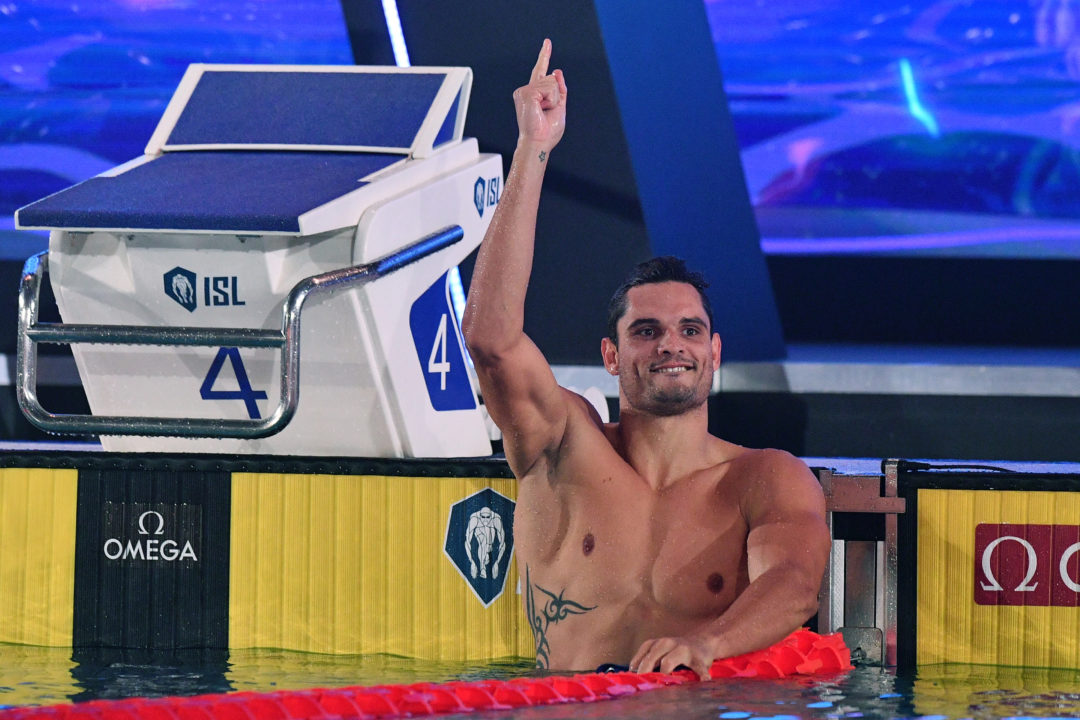 As of March 13th of this year, all national competitions within the country of France were suspended until further notice. This included the French Elite National Championships, slated to be held in Chartres from April 14th to April 19th, originally set to serve as the Olympic Trials.

With the Olympics now postponed to 2021 and with coronavirus-related restrictions being slowly eased up around the world. the French Federation (FFN) has unveiled its revised qualification procedures for next year’s Games in Tokyo, Japan.

As reported by Le Equipe, the 2021 French Winter Championships scheduled for December 10th-13th in Saint-Raphael will serve as the preliminary Olympic selection competition, representing the first of two qualification stages for French swimmers.

If a swimmer achieves a minimum time requirement, which is calculated taking into account the 8th place position in each event at the last 3 editions of the Olympic Games, he or she may be considered for selection to the 202 Olympic Games.

If two swimmers achieve the specific time requirement this December at the Winter Championships, then the second swimmer will be granted a ticket to swim at the French Championships in Chartres. That meet represents the 2nd qualification opportunity, set for June 15th-20th. Competitors at that meet, just 5 weeks before the Games, will need to achieve a specified minimum time in the morning, followed by a more remaining time in the evening finals.

Additional specifics including time standards will be published as each respective meet draws nearer.

I think giving those athletes, that are fast enough to potentially swim in an Olympic final, the chance to qualify early in order to focus more on their preparation is a good idea. Swimmers like Manaudou, Bonet and others would qualify and take the first spot in the Summer Nationals anyway, so the chances of qualifying are still pretty much the same for the rest of the field. Let’s see if the qualifying times will be as tough as they usually are for France…