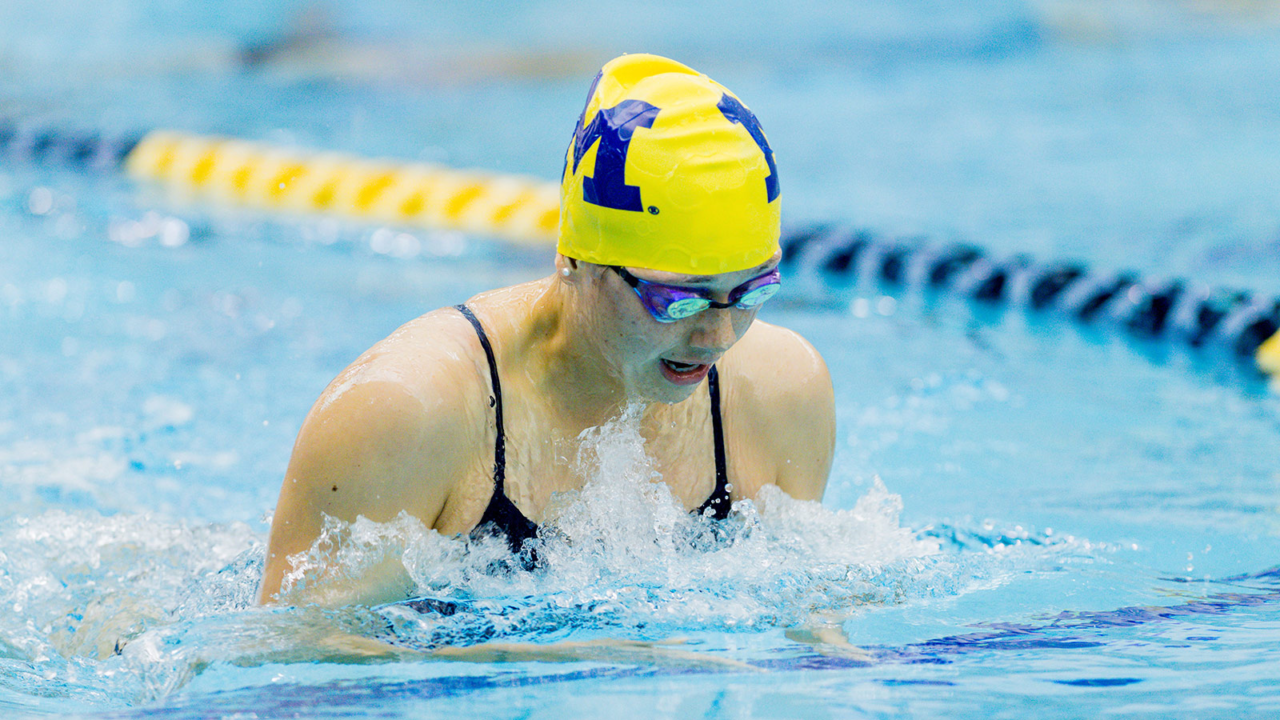 The Big Ten Conference celebrated its 105th class of recipients who earned the esteemed Big Ten Medal of Honor, including three swimmers and a diver. Current photo via Michigan Athletics

ROSEMONT, Ill. – The Big Ten Conference celebrated its 105th class of recipients who earned the esteemed Big Ten Medal of Honor earlier this year. Twenty-eight students from 15 different sports were honored with the prestigious award, which was established in 1915 and was the first award in intercollegiate athletics to demonstrate support for the educational emphasis placed on athletics.

The Big Ten Medal of Honor is awarded to one male and one female student from the graduating class of each member institution who has demonstrated excellence on and off the field throughout their college career.

Big Ten schools currently feature more than 9,800 students competing in intercollegiate athletics, but only 28 earn this prestigious award on an annual basis. In more than 100 years of the Big Ten Medal of Honor, more than 1,500 students have earned this distinction.