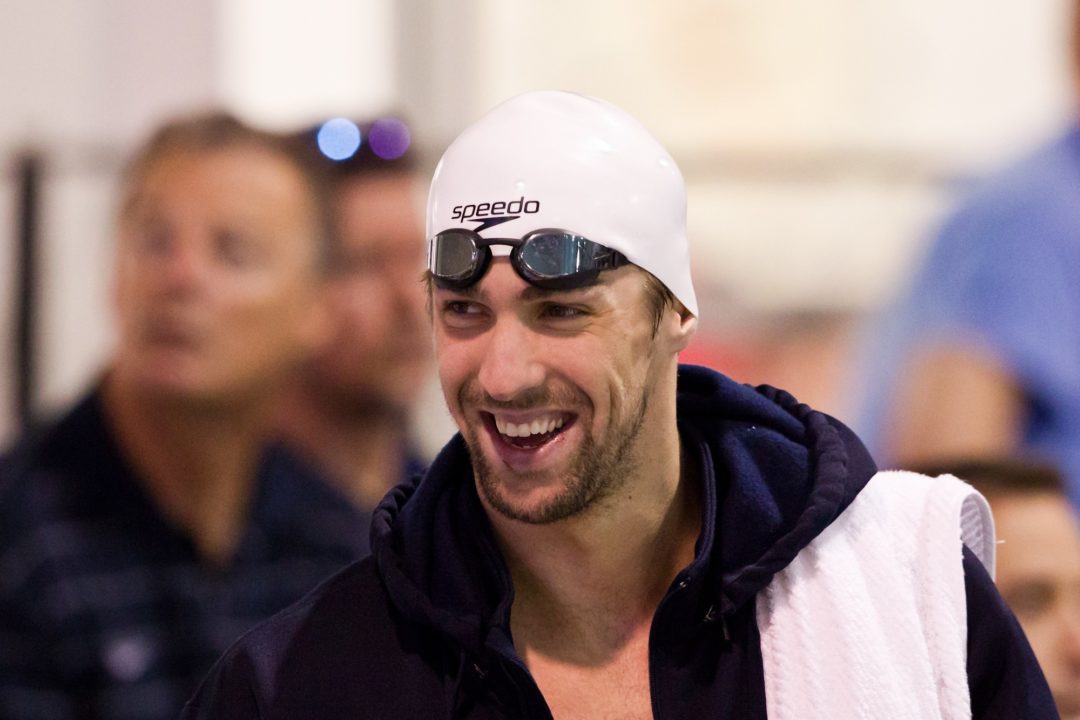 With how fast he was downing the 50 fly National Age Group Records, it was only a matter of time before this one went down.

The Cincinnati Marlins’ Carson Foster has broken the 10 & under National Age Group Record of a man, the man, Michael Phelps. Foster’s 1:07.24 broke the 1:08.54 that Phelps swam in 1996, which were the very first signs of his greatness.

The argument often made about swimmers breaking 10 & under records is that those record breakers, in the past, have often not panned-out as professional and Olympic swimmers. But beginning with Phelps’ 100 fly swim in 1996, that trend changed drastically, and swimmers like Phelps, Ryan Murphy, and Adam Hinshaw started breaking marks – and are still among the most elite for their ages in the country at the elite level.

Foster won the race by over 10 seconds, going out in a 31.42 and coming home in 35.82. This swim was actually faster than any 11-year old has been this summer, with again most top butterfliers making significant drops (6+ seconds) only after turning 12.

This is Foster’s 5th record-breaking swim of the last two weeks. That includes three-times breaking the 50 fly National Age Group Record, and as a part of the 200 medley mark with his teammates.

Whelp, you were wrong 😂

Proud to call Carson my teammate . He is such a great swimmer . Sad that I wasn ‘ t there .Amazing job Carson . Can ‘ t wait to see you swim next season

I’d love to see a Kyle Chalmers-Michael Andrew race at the 2024 Olympics, too (or right now, for that matter). That kid’s a monster.

This aged fairly well. Chalmers has definitely panned out. As have Andrew and Foster.

I too was at this meet and felt that Carson is handling this very well considering all the attention he is attracting. He does appear gracious and somewhat uncomfortable with the attention. He seems happy with his accomplishment—and he should be. His parents appeared to be equally gracious. Have heard he is quite the baseball player as well. Best of luck to him and his siblings as they move on to Zones!

Congrats to him. It’s nice to see so many young swimmers who want to follow the steps of the legend.

Congrats to him. It’s nice to see so many young swimmers who want to follow in the steps of the legend.

I was at this meet this weekend. This kid is something special. Most impressive is how he handles this. Seems uncomfortable with the attention when adults try to take pictures after his ridiculous swims, but in the cool-down lanes, has fun with his team mates and other swimmers (ie, saw him do a can-opener, then go into his warm-down). His team is the arch-rival of my kids’ JO club, but this is a tremendous athlete and what seems like a really good kid.

Hey wait! Foster has another chance – he gets to swim finals in the 100 fly this afternoon! I bet a 1:06 or better is coming up!

I know this kid and saw this race. He is capable of swimming even faster. Great kid and great family