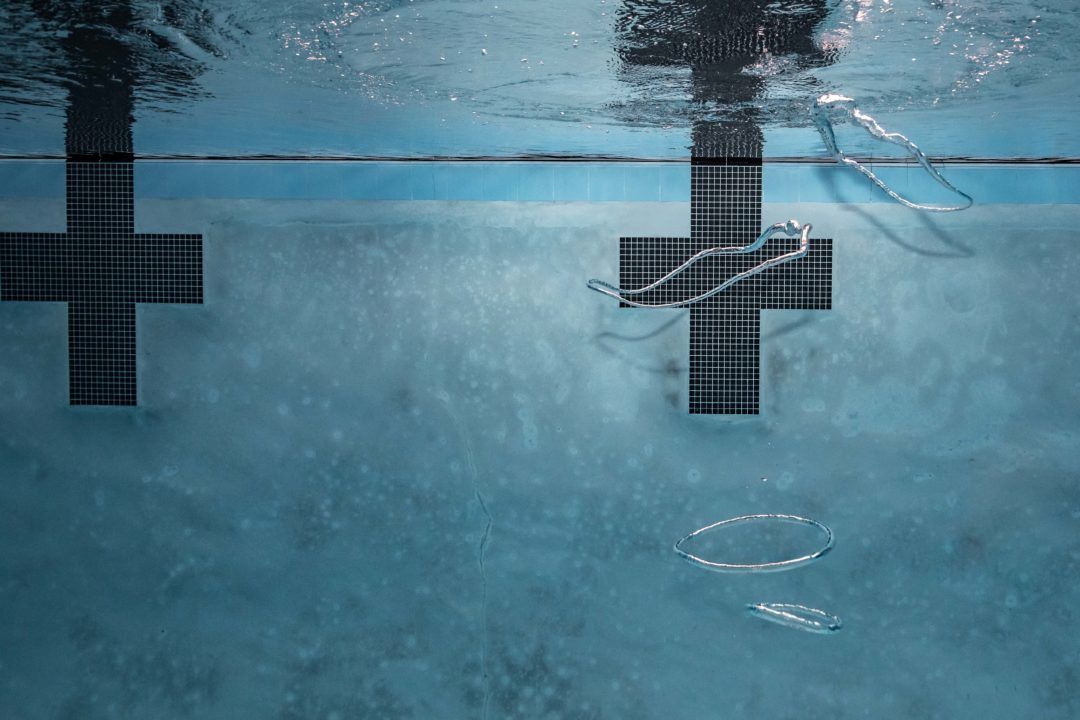 Former Rowan University head swimming coach Tony Lisa, who retired in 2014 after 35 years of coaching, has died according to... Stock photo via Mike Lewis/Ola Vista Photography

Former Rowan University head swimming coach Tony Lisa, who retired in 2014 after 35 years of coaching, has died according to a Facebook post by the school’s athletic department on Thursday.

A message from Rowan Athletic DepartmentAlumni, friends and current athletes,The Lisa family is asking to please…

Chris Hansen, who swam for Lisa at Rowan University (then Glassboro State College) in the 1980s and is currently the head coach at CSUB, said that his former coach made him love the sport of swimming.

“I am saddened that the sport of swimming lost a true icon,” Hansen said. “I was fortunate enough to swim for Tony Lisa while attending Glassboro State College (Rowan University).  Tony truly made me love the sport of swimming. He was a genius at not only coaching but at making sure every student athlete that left his program gained true life experiences! Tony Lisa is the reason I am a coach today. We had many conversations about swimming, coaching and life over the past 28 years, which I will greatly miss. Rest in peace my friend.”

No service arrangements have been announced yet.

“I am excited for our team and the university with the prospect of bringing in a new young coach,” continued Lisa.  “The team is very strong and will compete well for championships next year.  Watching the new coach take this team to a higher level will bring a big smile to my face.”

Lisa had two coaching stints with the Profs.  He returned to the University in 2009-2010 after two years as an assistant swim coach and recruiting coordinator at the U.S. Military Academy.  Previously, he had coached at Rowan for 30 years.

“I am so appreciative of those who hired me as a professor, Coach Richard Wackar and Mickey Briglia, and then told me that I was the swim coach,” commented Lisa.  “Even though I had never swam or even been to a swim meet.  I am thankful that my colleagues at Rowan have always been so supportive of my team, family and me.  In addition, I am thankful that the parents sent their children here and allowed me to coach them.”

In 2003, Lisa received the Richard E. Steadman Award from the College Swimming Coaches Association of America (CSCAA).  He was the 12th recipient of the award.  The Richard E. Steadman Award is conferred annually to a swimming or diving coach in high school, club or university ranks who, in the opinion of the International Swimming Hall of Fame, Inc. and the CSCAA Forum, has done the most to spread joy and happiness in swimming and diving.  Lisa was the assistant coach for the silver medal winning World All-Stars at the 2001 Goodwill Games in Brisbane, Australia.  He was also the assistant coach for the World All-Stars at the 2001 World Sprint Cup.

Lisa is a past president of the CSCAA, which includes all swim teams from NCAA Division I, II and III, NAIA and junior colleges.  He served as the organization’s president from 1998-2001.  Prior to the position, he was a member of the CSCAA board of directors.

In addition, Lisa is a member of the Gloucester County and Salem County Sports Hall of Fames.  He graduated from Glassboro State College, now Rowan University, in 1975 and later received his master’s in 1978.  Lisa was a goalkeeper on the Profs’ soccer team for three years.  He is a 1966 graduate of Pennsville Memorial High School.

We enjoyed sharing the pool deck with Tony in recent seasons. We are deeply moved and saddened to hear this news.
Tony Lisa will be remembered with tremendous reverence from NAVY Swimming & Diving!

Tony Lisa was one of the great gentlemen in the sport of swimming. I spent the day with him several years ago and I could easily see his tremendous love for his family, his team, Rowan University, and his swim school students. We started with lunch at a diner, then off to practice with the Rowan team, then to the swim lessons, then to his daughter’s high school for the homecoming game, then to a local Italian club basement for some awesome pasta! It was a day I will never forget.
His awards presentation gig at the with Don Megerle at the CSCAA banquet left us all crying with laughter…another great memory of Tony. I am proud and honored… Read more »

Had the pleasure of working with Tony at West Point. He was a Joy to work with and was loved by ALL the Cadets! My prayers got out to Connie and the family.