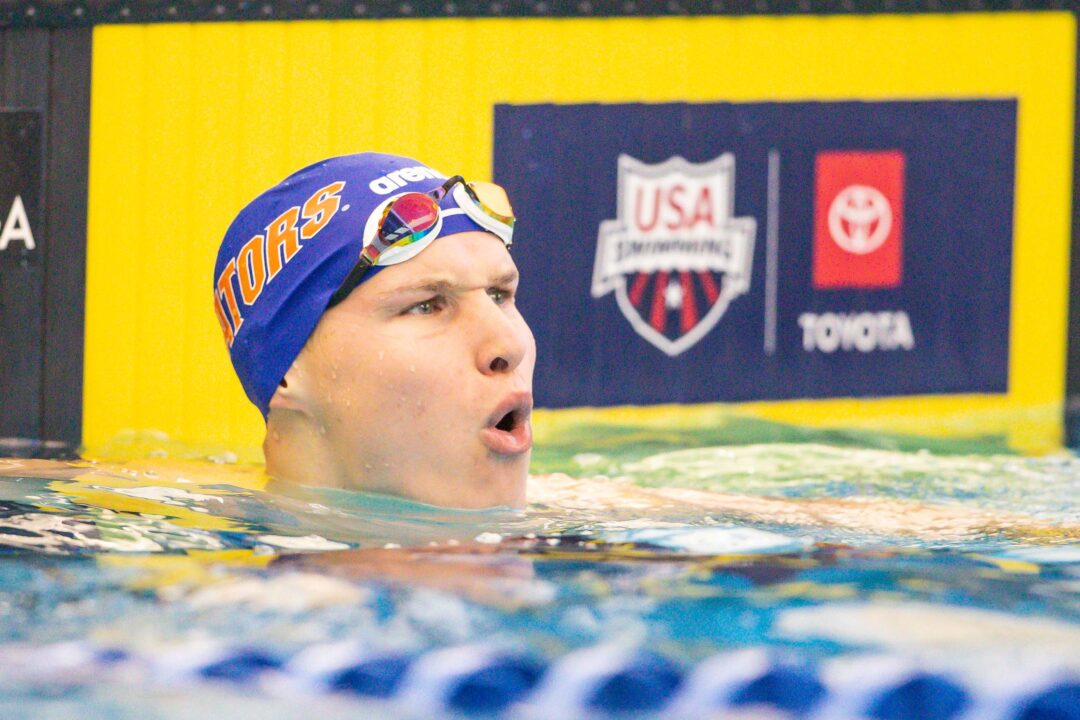 Kentucky’s Gillian Davey, a senior from Urbandale, Iowa, won the 200 breaststroke at the 2022 Toyota U.S. Open Championships with her top time of 2:27.06, which qualified her for the 2024 Olympic Trials. Davey finished as the top qualifier in the prelims before winning the event in the night session.