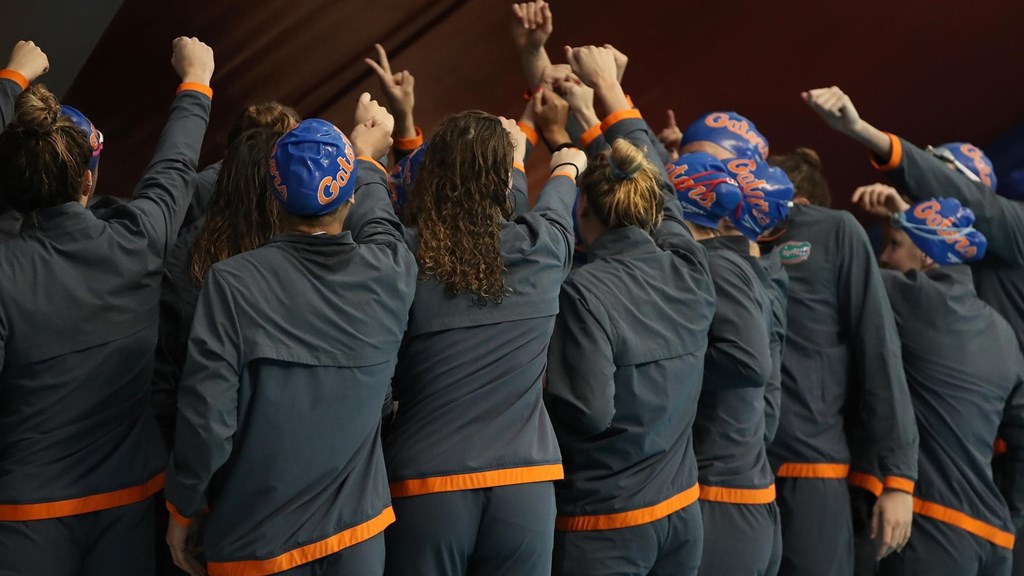 Gators swimming and diving officially welcomes the class of 2021 to the program. Archive photo via Courtney Culbreath / Florida Athletics

GAINESVILLE, Fla. – The University of Florida women’s swimming and diving team and head coach Jeff Poppell have officially announced nine new additions to the program for the 2021-22 season.

This new class will bring immense successful to the next level of their swimming and diving careers, both in and out of the pool.

Overall, this group has been crowned a high school state champion 17 times and almost half of the class will head to Gainesville as a state record holder in an event.

On the national and international stage, the group has also garnered success as US National Team members, US Olympic Trials qualifiers and European and World Junior National Championship competitors.

Outside of the pool, six of the newest Gators were Scholastic All-Americans during their high school careers.

With eight seniors on this year’s team, the class will look to come in and contribute right away in their first year in Gainesville for the orange and blue next season.

Poppell’s thoughts on the newest Gators:

“We are extremely excited about this incoming recruiting class that features some of the best swimming and diving talent from Florida as well as several of the top-ranked recruits nationally. This group’s accolades include high school state champions, Junior National Champions, USA Swimming National Junior Team Members, and medalists at major international events. Furthermore, these young women possess great character and are very strong students in the classroom as well. We can’t wait to welcome them to our campus next Fall! “

Anna Auld | West Palm Beach, Fla.
“I feel that the UF atmosphere is where I will be able to grow to be the best possible version of myself.”

Micayla Cronk | Palm Coast, Fla.
“The University of Florida has everything from academic to athletic achievements that I would like to be a part of. Although both are ranked in the top-10 in the nation, it was the coaching, team positivity and the overall welcoming environment that has drawn me to this school. Not to mention, I’ve been a Gator fan for as long as I can remember. Go Gators!”

Mary Kate Kelley | Jacksonville, Fla.
“I chose to swim for UF because of it’s outstanding academic reputation as an academic institution. I’, excited to soon be a part of their swim team and work with the coaches and team to continue their success.”

Carina Lumia | Indian Rocks Beach, Fla.
“I chose the University of Florida for their excellent academic program in pre-physical therapy and excellent athletic program. I felt right at home when I visited.”

Ekaterina Nikonova | Novoibirsk, Russia
“I am beyond excited to announce my verbal commitment to the University of Florida! I am very blessed to have the opportunity to be a part of such an amazing team. All of my friends, family coach and teaches have been so supportive in this entire process and I couldn’t be more thankful to have them in my life and by my side. Go Gators!”

Olivia Peoples | St. Augustine, Fla.
“UF has high-end academics and athletics, plus an incredible sense of pride. It really is great to be a Florida Gator!”

Ari Runnels | Woodbridge, Va.
“I chose the University of Florida because of its exceptional academic and athletic standards and great coaching staff. I feel that this and close-knit feel of the team are the best fit to push me to be the best version of myself in and out of the water.”

Brooke Zettel | Holly Springs, NC
“I chose UF for the amazing academic and athletic environment and support! Also, for the extraordinary facilities and team culture!