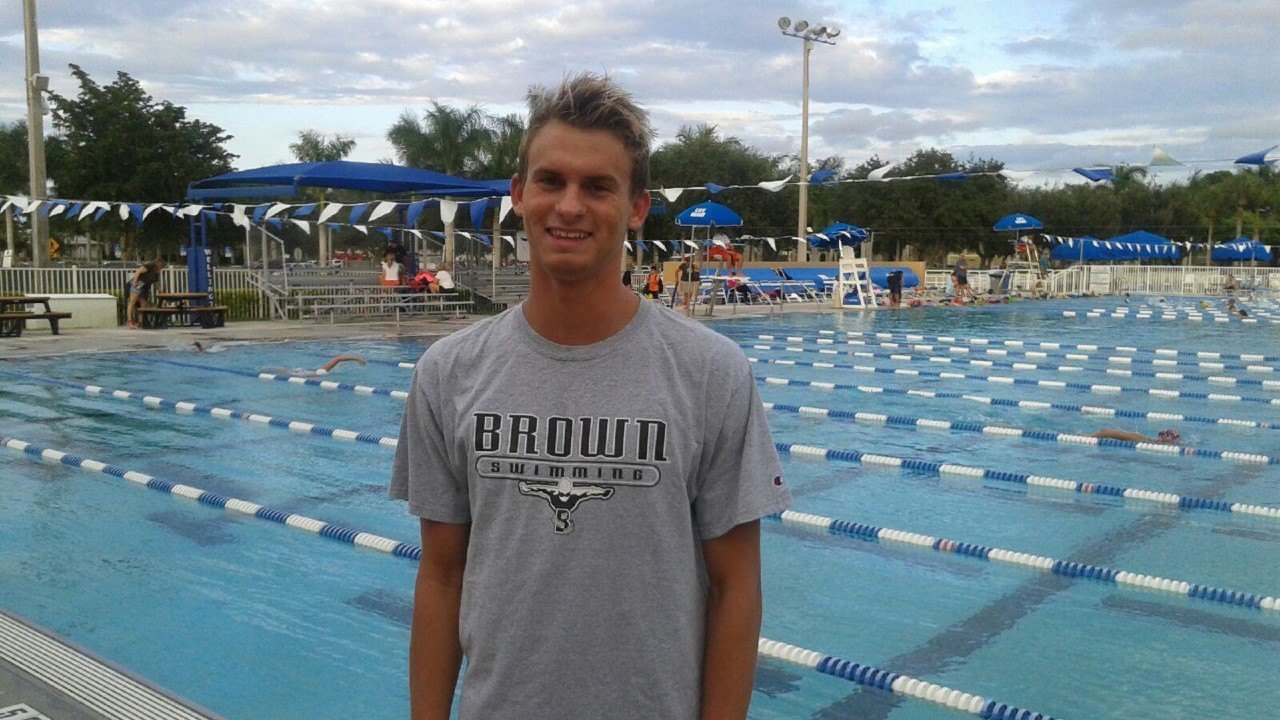 Cody Cline, from the Wahoos of Wellington, has given a verbal commitment to Brown University. Current photo via Cody Cline

Cody Cline, a senior at Wellington High School, Wellington Florida, verbally committed to Brown University over the weekend. Cline is a national-level sprinter from Wahoo’s of Wellington who earned a Florida High School Class 4A Championship title last November as part of Wellington’s 4×50 free relay. They were also third in the 4×100 free relay. Individually, Cline went 20.63 in the 50 free to finish second by .04, and he was sixth in the 100 free with 47.09.

Cline swims for the club team Wahoos of Wellington. He was a “B” finalist in the 50m free at Summer Junior Nationals and was a “C” finalist in the 100 free. Cline also competed in the 200 free and 100 fly in San Antonio.

Cline will be an asset to the Bruno efforts, both individually and on relays. The men’s 100 free final at 2015 Ivy Championships was very tight, with 8 swimmers in the 43’s and 16 in the 44’s, but Cline would have made the “C” finals in both the 50 free and 200 free. Brown has made a coaching and team structure changes over the last couple of years and is in full rebuilding mode, and Cline will have an opportunity to make a significant impact on the new program when he gets to Providence in the fall of 2016.

*DISCLAIMER: Cline has not yet been officially accepted to Brown. As is true with all Ivy League schools, Brown’s Admission Office will not send its acceptance letter until the beginning of December, along with those of all Early Action candidates. The procedure for a recruited athlete like Cline is for Admissions to review his transcript and SAT scores, “support his application for admissions in the fall,” issue a Likely Letter, then offer him acceptance into the class of 2020.

Way to go Cody! So proud of you, bud!

Congrats and best of luck!