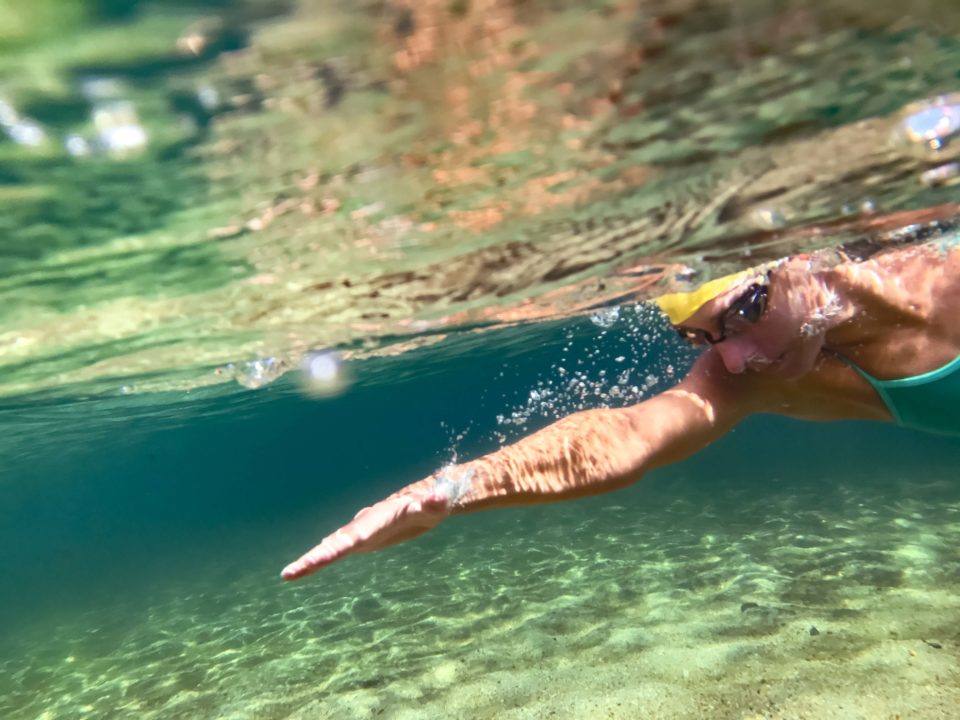 Float Hope is doing its part to make Indian River County a Mecca for swimming- saving lives and gifting swimming as a life skill as drowning is the leading cause of death of children in Florida. Current photo via Mike Lewis/Ola Vista Photography

Float Hope is doing its part to make Indian River County a Mecca for swimming- saving lives and gifting swimming as a life skill as drowning is the leading cause of death of children in Florida. Those without means to swim are now excelling at the sport at a young age.

Float Hope is sponsoring a 2nd invitational swim meet with more than 80 children whom a year ago didn’t know how to swim. Their first swim meet in the fall drew 257 attendees and 75 swimmers swimming 3 or more events each in their first swim meet ever! Float Hope is a 501c3 charity based in Vero that gifts swimming as a life skill to children without means- the Gifford Youth Achievement Center and three of the Boys and Girls Clubs in Fellsmere Vero and Sebastian provide busing and logistics so children can swim 3-5 days per week, 52 weeks per year at the Gifford and North County Pools. Most children are ages 6-11 and plan to eventually swim on their varsity swim teams and go on to a four-year college.
The leading cause of death for children in Florida is drowning & most black and Hispanic children don’t know how to swim. 79% of all families with incomes less than $50k do not know how to swim as reported by USA swimming.
Float Hope of Indian River County funds 100% of the costs for these children to swim- they learn, then like and now love swimming competitively. Float Hope pays all costs including their participation in Treasure Coast Swim Team which is a certified USA Swim Club- the only USA Swim team in Vero Beach Florida. Coaches Scott Barlow and Holly McClean have reduced their fees as part of the grant awards from Float Hope and they have hired two additional coaches to assist them in doing their part to “make Indian River County a Mecca for swimming” driven by the addition of so many new swimmers who are succeeding exceptionally  in less than one year- many have participated in USA sanctioned State meets in Orlando & Ft Pierce in addition to this upcoming Invitational. There is no admission fee and everyone in Indian River County is encouraged to come and cheer these newly minted swimmers. Free food and beverages are provided afterwards to all swimmers and attendees- Jeffrey Powers Dir Float Hope. 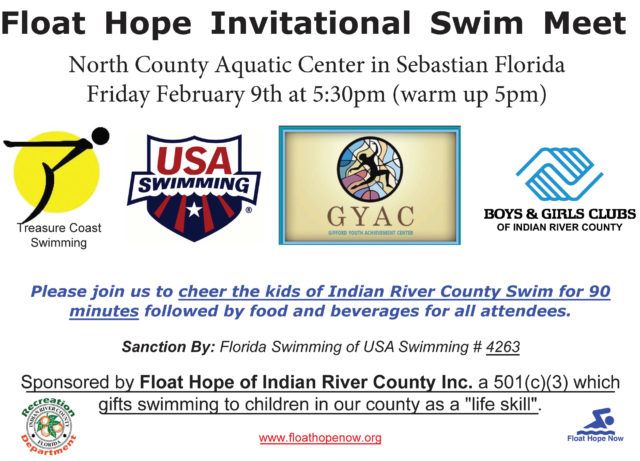