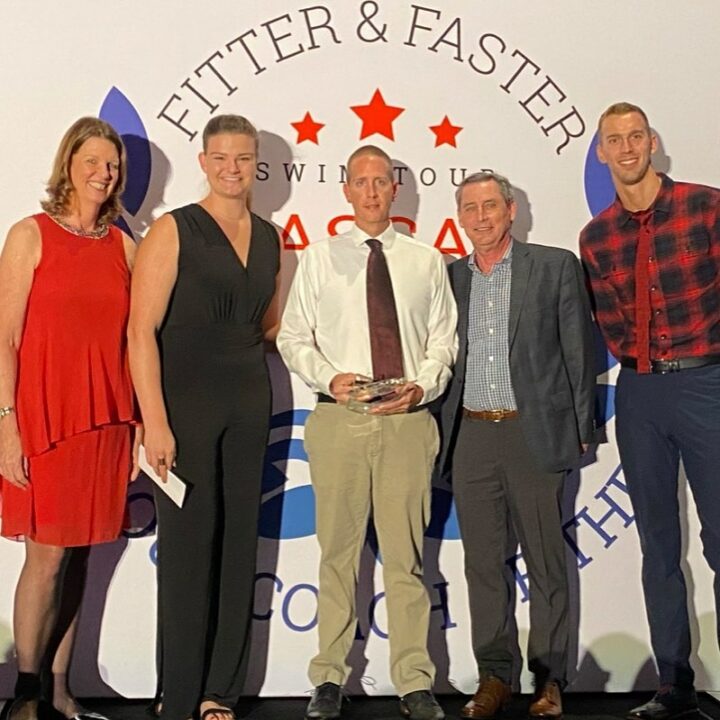 In spite of its fun name, a lot of national-level storylines emerged from the Sandpipers of Nevada’s “Pumpkin Invitational” this weekend. That includes a pile of best times for two Olympians, including Katie Grimes (above).

Colin Kennedy of the Cypress Fairbanks Swim Team (FLEET) was named the 2021 Age Group Coach of the Year by the American Swimming Coaches Association (ASCA) and Fitter and Faster.

The award is based on USA Swimming’s National Rankings for 12&Under swimmers and bonus points are given for #1 rankings, the number of different swimmers ranked, and the number of total rankings. Kennedy was one of the 50 finalists named in July.

Kennedy was the head age group coach of the Flyers Aquatic Swim Team, national prep coach and then head coach for Parkway Swim Club before he joined FLEET.

FLEET Swimming is a USA Swimming Silver Medal Club based out of Cypress, Texas. The team recently hired Jaimie Lewis as their new head coach.

Congratulations Colin. Well deserved and wishing you a great year ahead!