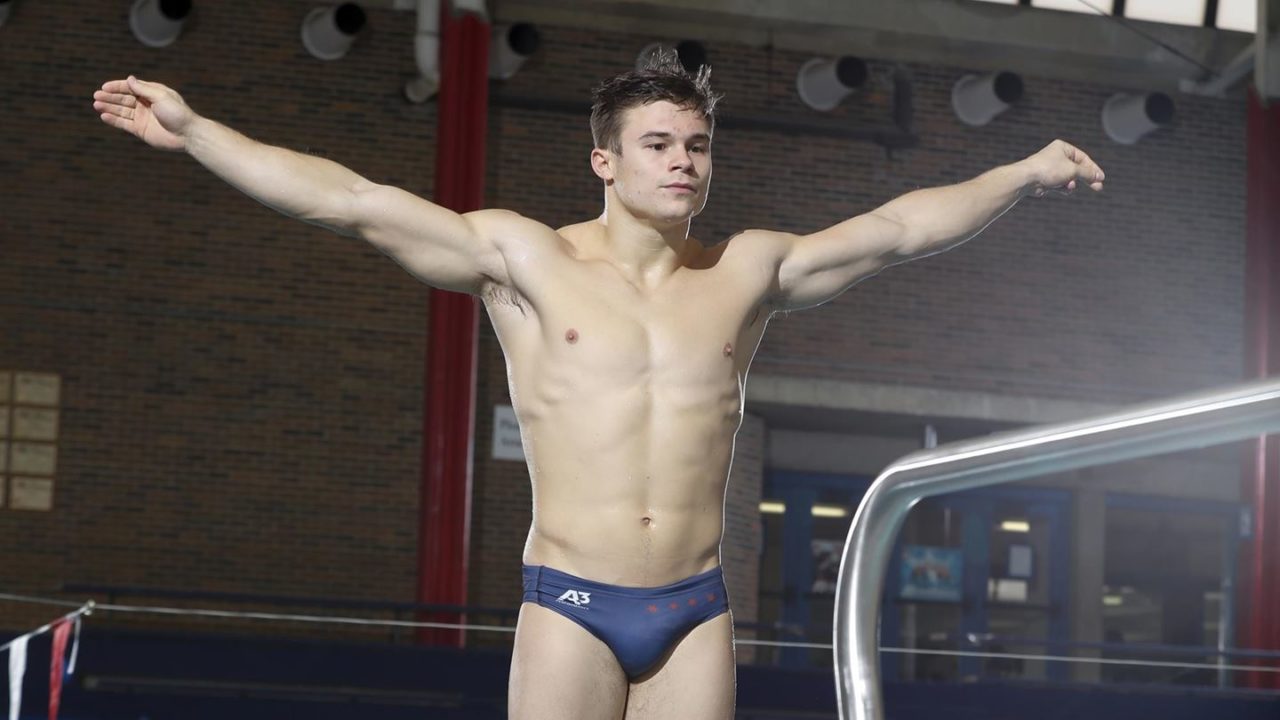 Liebenberg scored 312.95 in 1-meter diving, surpassing the record she set earlier this year by over four points.

LaFortune claimed victory on both boards for the second straight time, and fourth in five meets in 2020.  Murphy’s career day gave him a ticket to the NCAA postseason for the first time.  Not to be outdone, Andrew Lewarchick set a career high on the 1-meter board.

Following the two rounds of competitive individual events, an exhibition round of 3-meter synchronized diving was held.  Competing in same-sex and mixed pairs, divers intermingled between schools to form teams.