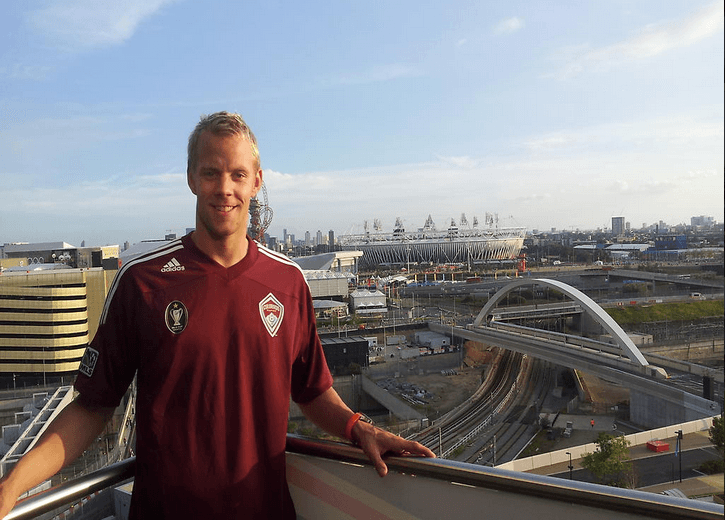 “We look forward to having Ross on board to help us explore new opportunities in Europe,” says FINIS CEO, John Mix. “His expertise and knowledge of the sport is invaluable and we won’t waste any time getting him into the swing of things. He is joining a very capable group in our European office and the sooner we get him in front of people in the swimming community, the better we’ll all be. Our focus is always to educate swimmers, and Ross is one of the best at doing just that.”

Davenport made his Olympic debut in Athens as a member of Britain’s record-setting 4x200m Freestyle Relay. In 2006, Davenport captured two gold medals at the Commonwealth Games in Melbourne and later that year he was awarded the BBC Sports Personality of the Year Award. He joined Team Britain again in Beijing as a member of the 2008 Olympic Team and competed in the final heat of both the 4x100m and 4x200m Freestyle Relays. In 2009, Davenport gave a gutsy performance to win the Men’s 200m Freestyle at the British Championships in a lifetime best time of 1:46.50. Davenport just missed qualifying individually for the 2012 Olympic Games in London, but once again helped the British relay team push their way into the final heat of competition. Davenport then retired from the sport of swimming after nine years of representing the UK as a member of their National Team.

About FINIS
Founded in 1993 in Northern California, FINIS was started by John Mix and Olympic Gold Medal Swimmer Pablo Morales. The Monofin and the Swimmer’s Snorkel were the first products they developed for the US market; afterwards, they continued to focus on creating training tools for swimmers and coaches worldwide. FINIS products are currently available in over 65 countries and are used by US and International Olympic teams, elite triathletes, and fitness swimmers.

The above is an unedited press release submitted by FINIS. FINIS is a SwimSwam partner.