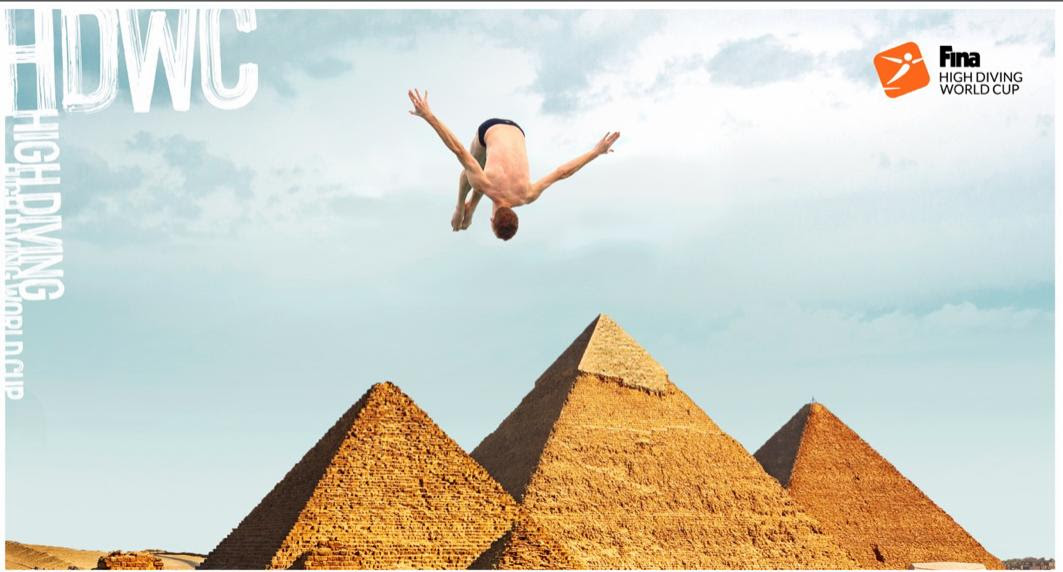 FINA and the Egyptian Swimming Federation have reached an agreement that will see the Egyptian pyramids play host to multiple international aquatic events. Current photo via FINA

FINA and the Egyptian Swimming Federation have reached an agreement that will see the Egyptian pyramids play host to a trio of international aquatic events from 2023 through 2026. See full press release below:

17 January 2022; CAIRO (Egypt) – FINA is pleased to announce an agreement with the Egyptian Swimming Federation that will see Egypt host a series of international aquatics events at the iconic ancient pyramids of Giza between 2023 and 2026.

Following the agreement, signed between FINA President Captain Husain Al-Musallam, Egyptian Minister of Youth and Sports Dr Ashraf Sobhy, and President of the Egyptian Swimming Federation, Yasser Idris, Egypt – home to the Pyramids of Giza, a UNESCO World Heritage Site since 1979 – will welcome the world’s best high divers, divers and artistic swimmers for the following events:

“Today is another incredibly exciting milestone for FINA. We are delighted to have signed this agreement that will see world-class athletes compete at the incredible site of the ancient Pyramids of Giza. This historic location will see breathtaking images and video footage shared on social media sites and beamed to TV screens around the world,” said FINA President Captain Husain Al-Musallam.

“We are delighted to have the opportunity to share the best of Egypt’s heritage with world class aquatics athletes from 2023. We hope that Egypt’s wonders of the ancient world will inspire athletes to some of their greatest ever performances and encourage more young people to become the aquatics stars of their generation,” said President of the Egyptian Swimming Federation Yasser Idris.

Exact dates and further details will be announced soon.

that will be absolutely epic

I’m confused why the women and mens heights are different.

I mean anything above 3 meters is too high to start with do men really need an extra 7 m?