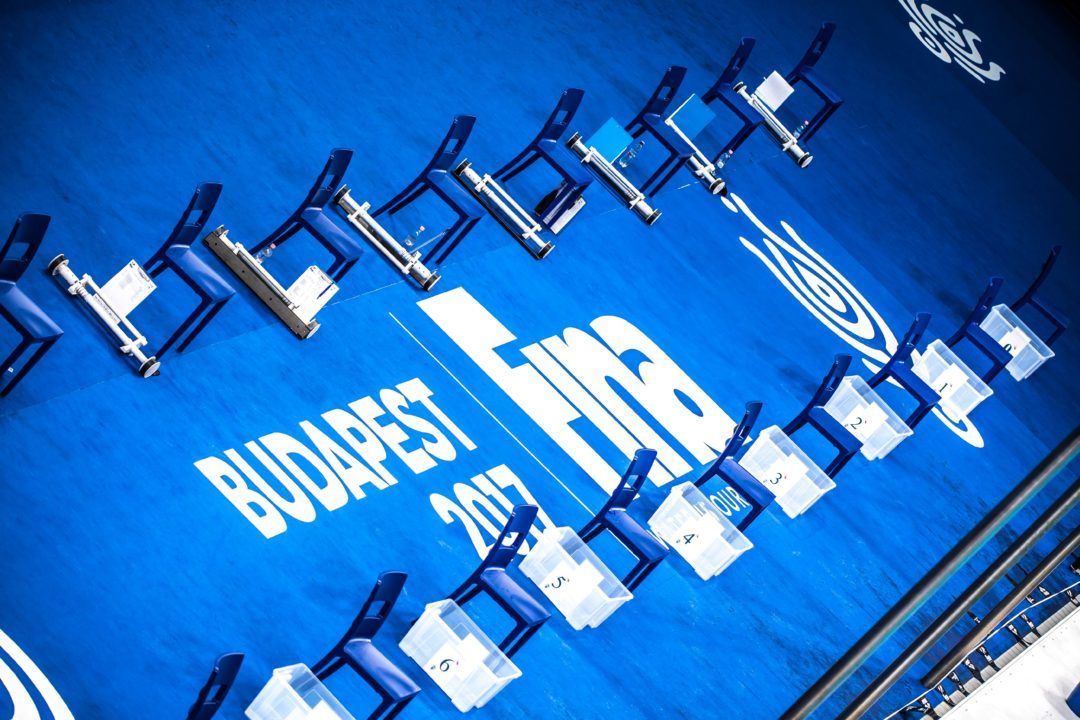 Elections for Aquatics Integrity Unit members will take place at FINA's Extraordinary Congress that will be held in Budapest on June 19. Stock photo via Mike Lewis/Ola Vista Photography

LAUSANNE (Switzerland) – Following the mandate to establish an Aquatics Integrity Unit that FINA the Reform Committee put forward in its recommendations in October 2021 and the FINA Extraordinary Congress voted to approve on 18 December 2021 in Abu Dhabi (UAE), we are pleased to announce the opening of applications for the Aquatics Integrity Unit.

With the postponement of the FINA World Championships in Fukuoka (JPN) and the FINA General Congress that was scheduled to take place alongside the competitions there, the FINA Bureau decided that:

The FINA Bureau decision allows elected members of the Aquatics Integrity Unit to prepare their entry upon approval of any reformed FINA Rules and/or Constitution. This will help ensure the Unit will be operational from 1 January 2023.

“With the committed individuals that the FINA Congress will vote on for the Aquatics Integrity Unit, we are helping to further ensure a level playing field, safeguarding athletes’ health and removing any and all forms of misconduct within sports,” FINA President Al-Musallam said. “Today’s call for people to express their intent to be part of the independent Aquatics Integrity Unit is a key milestone in our reform work to ensure clean and fair sport.”

The milestones to elect members to the Aquatics Integrity Unit can be found here.

Applications for the Aquatics Integrity Unit can be found here.