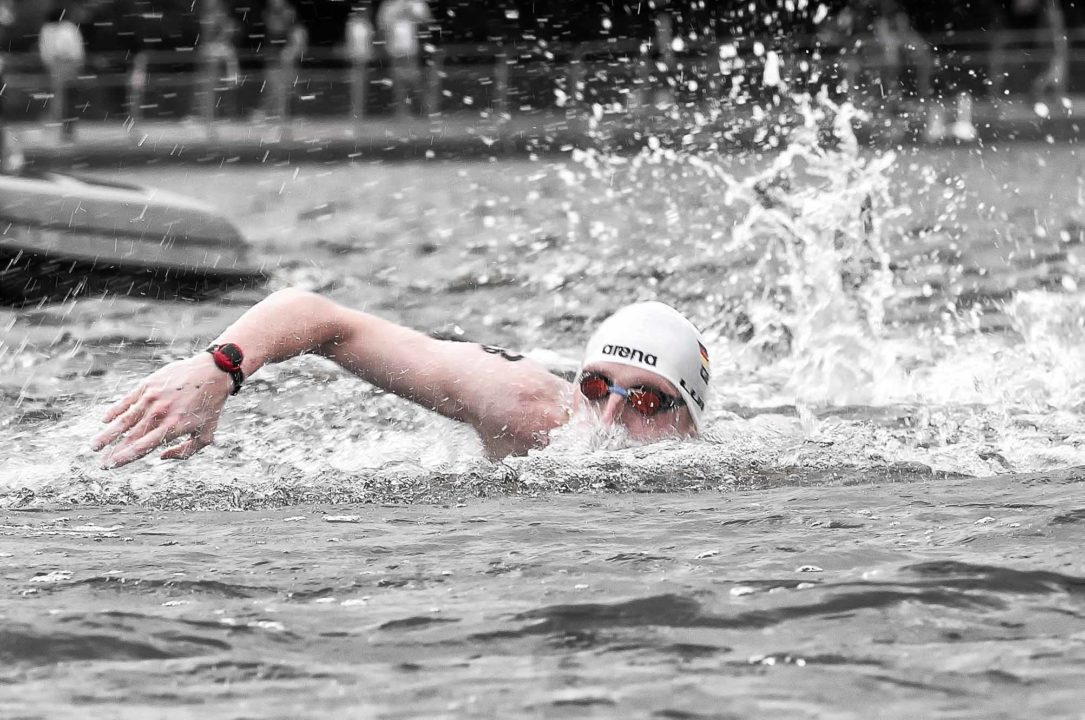 88 marathon swimmers (43 women and 45 men) took the departure in Setubal (POR) on June 28 for the third stage of the FINA 10km Marathon Swimming World Cup 2014.

Newcomer Jarrod Poort (AUS) took out the men’s race in 1h52m06s, closely followed by regular performer Allan do Carmo (BRA) and 2012 Olympic silver medallist Thomas Lurz (GER), who both touched home in 1h52m07s. Do Carmo overpowered Lurz by a fingernail, four hundredths of a second, to earn silver and his first podium finish of the season. The bronze medal for Lurz boosts his ranking to top spot as he took first in Cancun (MEX) last April.

Among women, the race was largely an Italian-Brazilian affair, with Ana Marcela Cunha (BRA) and 10km reigning World champion Poliana Okimoto (BRA) finishing 1-2 in 2h03m52s and 2h03m54s, respectively. 2012 Olympic bronze medallist Martina Grimaldi (ITA) completed the podium in 2h04m00s. The win, the first after two podium finishes this season, is a nice result for Cunha, who solidifies her place as one of the leading athletes in the Series. Okimoto, who took first in Viedma and second in Cancun, remains consistent as she currently leads the women’s rankings.