#FantasySwimming Update: TandL and CordesNeck now into lead after day 2

James Magnussen is the subject of one of Fantasy Swimming's bigger rivalries at the moment. Archive photo via Swimming Australia 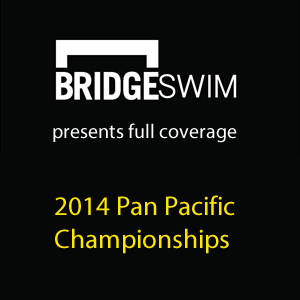 Your daily dose of #FantasySwimming, courtesy of league organizer @RettaRace:

BIGGEST MOVER: The biggest point jump came from Team #KevinCordesNeckTho, who is within the #DeckChange League!  Not only did this team’s breaststroke draft choices (Koseki in Men’s/Watanabe in Women’s) earn him a Gold and Silver in the 100 Breast events, but #KevinCordesNeckTho reaped major benefits off record-breaking swims by Bronte Campbell (PanPac Record in Women’s 100 Free Prelim) and Hagino (Commonweath Record in Men’s 400IM Final).  Remember, each record adds 5 bonus points, regardless of whether it was obtained in Prelims or Finals, so they basically act like “power-ups” in the #FantasySwimming world and we ALL want them!

AND…NOT SO MUCH: Within the #DeckChange League, Team #InRadWeTrust is still the caboose, but at least moved into double-digits after Day 2, thanks to the Relays!  She did have Kevin Cordes on her team so, unfortunately, his DQ resulted in lost potential points that could have lifted her out of the basement.  We all felt so bad for Cordes, who is a total league favorite (hence the team name mentioned earlier!!) On the #Lane4 League side of things, #TheMACAttack was left in the dust and now sits at the bottom.  She just didn’t have the right swimmers drafted to make much of a dent on Day 2.  But, don’t feel too badly for her, as she drafted Phelps for the Men’s 100 Fly event….have a feeling she’ll be moving on up after Day 3!

TRASH TALK: The trash-talking is definitely the “funnest” part about our fantasy sport!  Anyone who wants a good laugh should just read through the tweets associated with the #FantasySwimming hashtag.  Of course, Mr. #RyanLochtesCamoShorts is at it again, basically trying to convince us he’s got the overall WIN in his pocket before the meet is even halfway done.  He has an interesting tactic this time around, involving various pop culture GIFs!!  Another battle is starting to bubble over between Teams #SwimFit and #TandL, stemming back to the Draft where #SwimFit stole (yes, stole!) James Magnussen out from under #TandL (i.e., ME!!).  Since I am the League Admin, I am seriously considering the executive decision to change #SwimFit‘s team name to Team #MaggieThief.

INTERESTING NOTES: Just by nature of the Pan Pacs competition being so different than the Nationals meet for which we did our first Draft, we’ve noticed some things that are making it a little trickier this time around.  The obvious first difference is the massive time difference.  That, coupled with NO live stream for Finals, makes it more difficult to actively cheer on (NOTE: do not use the word “root” in Australia, as it has a WHOLE other meaning, apparently!) our swimmers “real-time” during the race.  Luckily, we have an on-site superfan (@LaneFourRacer) who live-tweets for us (and lets us know about Aussie word usage :), but it’s still not the same as watching the events as they are actually happening.  Another difference is the 2-persons-per-country rule; this is pretty self-explanatory, but just something we didn’t even have to consider in the National meet.

Finally, ALL teams in BOTH leagues selected USA for both the M & W 4 x 200 Free Relays.  So, even though the USA Women’s team scored especially big (1st place points + 5-pt record bonus), it was a wash since we all earned the same points across the board.  The relay selections do start to differ come the medley and 4 x 100, so these races very well could be THE game-changers as we move on.  Stay tuned to see which teams move to the top after Day 3!