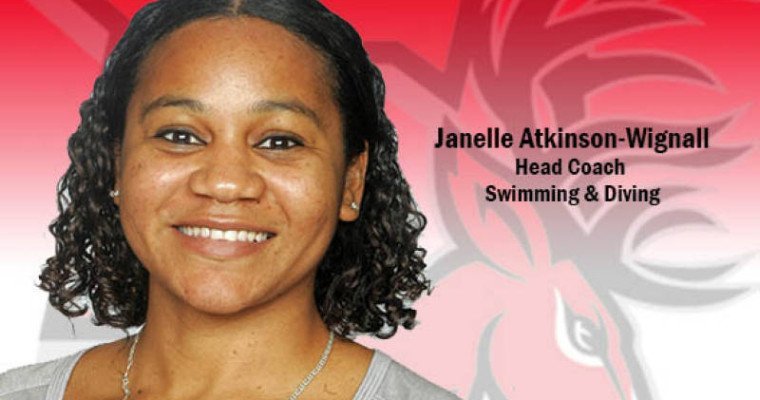 Janelle Atkinson-Wignall has been named as the 6th head coach in the history of Fairfield University’s swim program, and their first-ever female coach.

Fairfield is an NCAA Division I University located in Fairfield, Connecticut, which is close to Atkinson-Wignall’s prior role as an assistant at UConn.

“Janelle is a great fit to build upon the foundation of our program and bring it to new heights,” Doris said. “She has experienced first-hand competitive swimming at the highest level as an athlete and uses that competitive edge in her coaching. In addition, we’re confident that her enthusiasm and dedication to the sport will help Fairfield Swimming & Diving flourish.”

Atkinson-Wignall was the men’s and women’s recruiting coordinator at UConn, where she worked for four seasons. She developed a penchant a an excellent recruiter during that time.

As an athlete, representing Jamaica, Atkinson-Wignall won bronze medals in both the 400 and 800 freestyles at the 2002 Commonwealth Games, and also medaled at the Pan Am Games, and the Goodwill Games. She is a two-time Olympian as well (2000, 2004) as well, and her brother Jevon, will represent Jamaica this coming week at the 2014 Commonwealth Games.

this is a lady and a class act. she will be successful in her venture. all the best from a former uconn swimmer!

What a great hire for Fairfield University

Alia and Janelle, while both amazing swimmers, aren’t related…

I bet they are somewhere down the line… They look so much alike!