Fabiola Molina Announces Her Retirement at 38 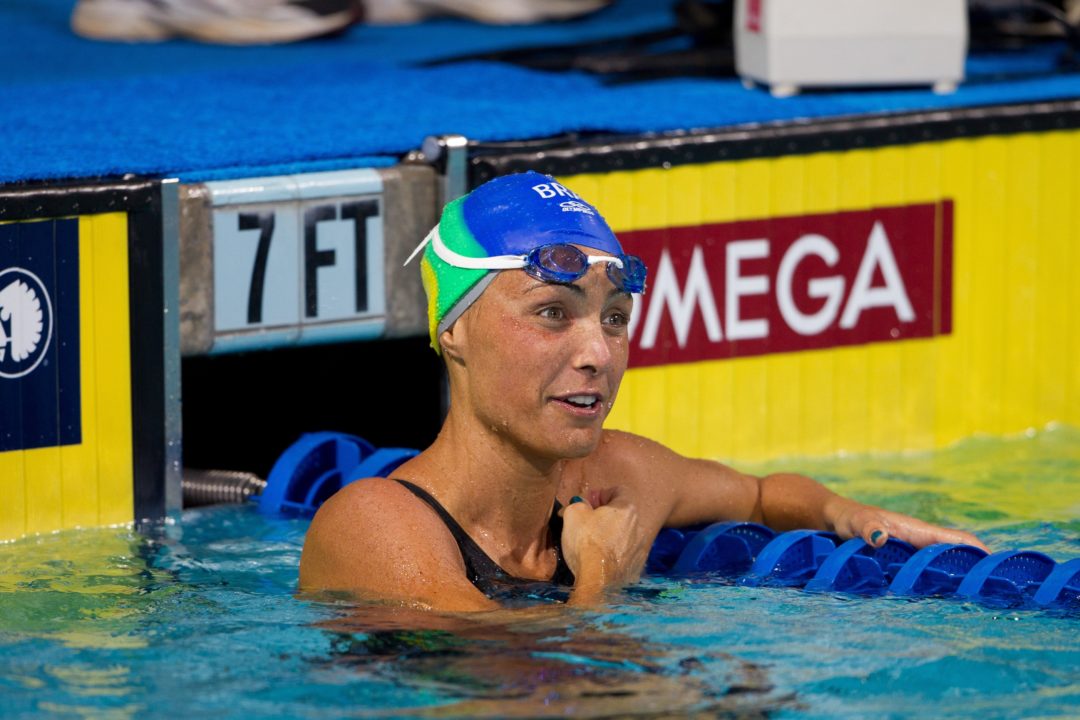 One of the elder stateswomen of international swimming, Brazil’s Fabiola Molina has announced her retirement at 38 years old, according to Brazil’s Blog do Coach.

Molina has been publicly contemplating retirement for a couple of years now, stating the desire to have children with her fiance Diogo Yabe (also a former elite swimmer).

The sprint backstroke specialist is a five-time Pan Am Games medalist, a three-time South American Games medalist, the 2010 bronze medalist in the 50 back at the Pan Pac Games, and the 1997 silver medalist at the World University Games.

Molina had a global footprint, having traveled around the world, including at the famed Race Club in Key West, Florida.

Earlier in her career, she was especially good in the longer races, including a 13th-place finish in the 200 back at the 1995 World Short Course Championships.

Molina has turned her success into her own line of swimwear, for both training and fashion-seekers.

Great long career! I was at the 2010 Pan Pacs and enjoyed watching her do battle with the teenagers at age 35 and her memorable 3-way tie for bronze in the 50 back with Rachel Bootsma and kiwi Emily Thomas, I believe all they went around 28.3 or so.