Evergreen Comes Away with State Title in First Year in 3A 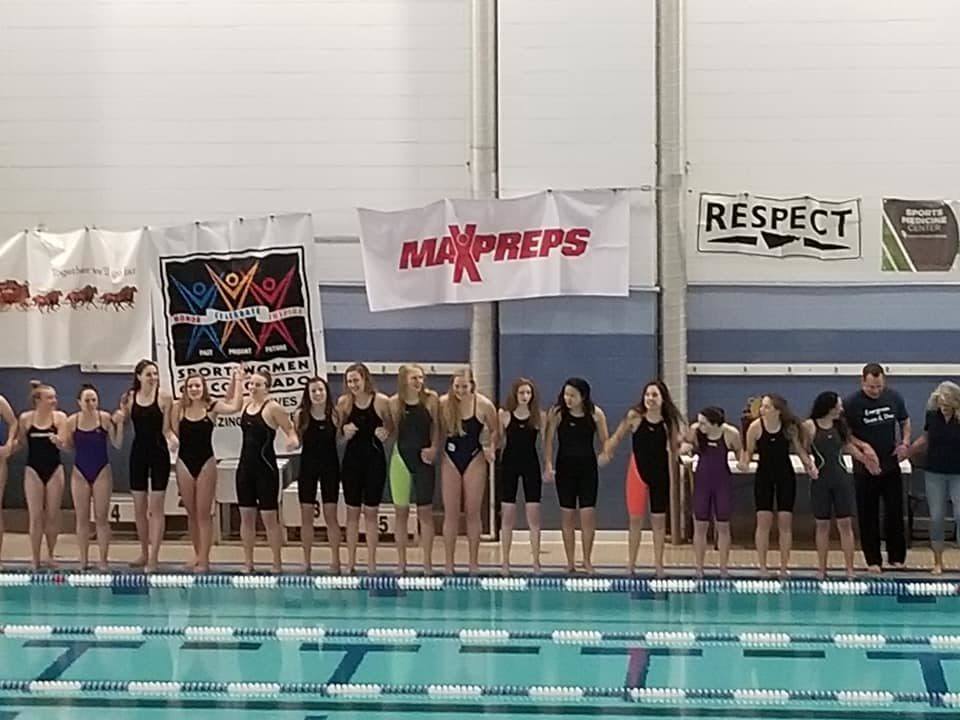 The defending champions Longmont are now in 4A, and filling that void, Evergreen (above) captured their 3rd state title in girls' swimming. Current photo via Shelley Gucker

In the 3rd year of a separate 3A championship for Colorado’s smallest high schools, Evergreen High School came away with their 3rd State Championship and first since winning a back-to-back 4A titles in 2014 and 2015. The defending champions Longmont promoted to 4A this season, leaving a wide-open race for the 3A title.

Individually, the 3A championships were a meet of redemption for Davy Brown and Aspen High. After winning the 100 back as a sophomore in 2017, part of her school’s first-ever team title, Brown was just 2nd in the event last season, and Aspen slid to 8th place as a team. This year, however, the team climbed back up to 4th, and Brown finished her high school career with golds. 3 of them to be exact. She won her best event, the 100 backstroke, in 57.58; and added a victory in the 200 IM, but almost 2 seconds, in 2:08.65.

Editor’s note: the official meet results list Evergreen’s 200 free relay as a state record; however, Pueblo County swam a 1:39.84 last year that should be the mark.