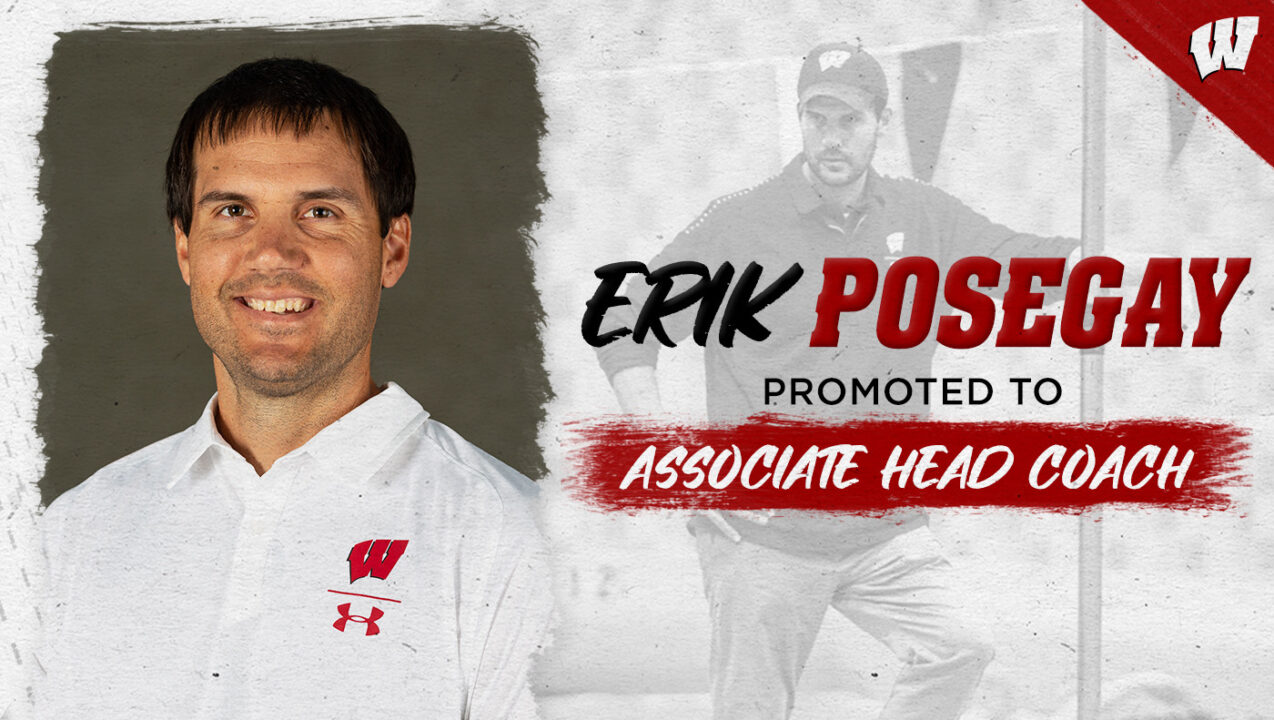 University of Wisconsin head coach Yuri Suguiyama announced that 3-year assistant coach Erik Posegay is being promoted to associate head coach. Speaking on Posegay, Suguiyama said “his ability to develop our student-athletes in the pool and his investment in their lives out of it, has been a huge asset to our program.”

The 2020-2021 season marked Posegay’s 3rd with the team. Over those 3 seasons, 13 Wisconsin program records were broken, and 4 individual NCAA titles were won by Badgers. In the 2020-2021 season, Wisconsin won an NCAA title with Phoebe Bacon in the women’s 200 back, had 2 scoring women’s relays at NCAAs, and had 3 Honorable Mention All-Americans on the men’s team. Bacon also finished 3rd in the 100 back and 4th in the 200 IM at NCAAs.

Before joining the Wisconsin staff 3 years ago, Posegay had served 2 years as an assistant coach at Penn State. Before that, he was the head coach and CEO of North Baltimore Aquatic Club. He was initially hired at NBAC as an assistant coach for Bob Bowman, who, of course, was Michael Phelps‘ coach. Posegay has also served a number of coaching roles for international competition. He was in the USA Swimming staff for the 2015 Open Water World Champs, 2013 Duel in the Pool, and 2010 Jr. Pan Pacs. Posegay has also coached for other countries at international competition, including coaching France at the 2014 European Championships, and serving as Macedonia’s head coach at the 2016 Olympic Games.

Congrats! By the way, is that a “Corona Cut” in the photo?

This guy can coach. He coached Maggie Belbot, one of the biggest up and coming swimmers of the century!

Erik is a great coach, helped to develop a junior national championship relay and has many accomplished high school and beyond swimmers under his belt, Maggie Belbot is not one of them