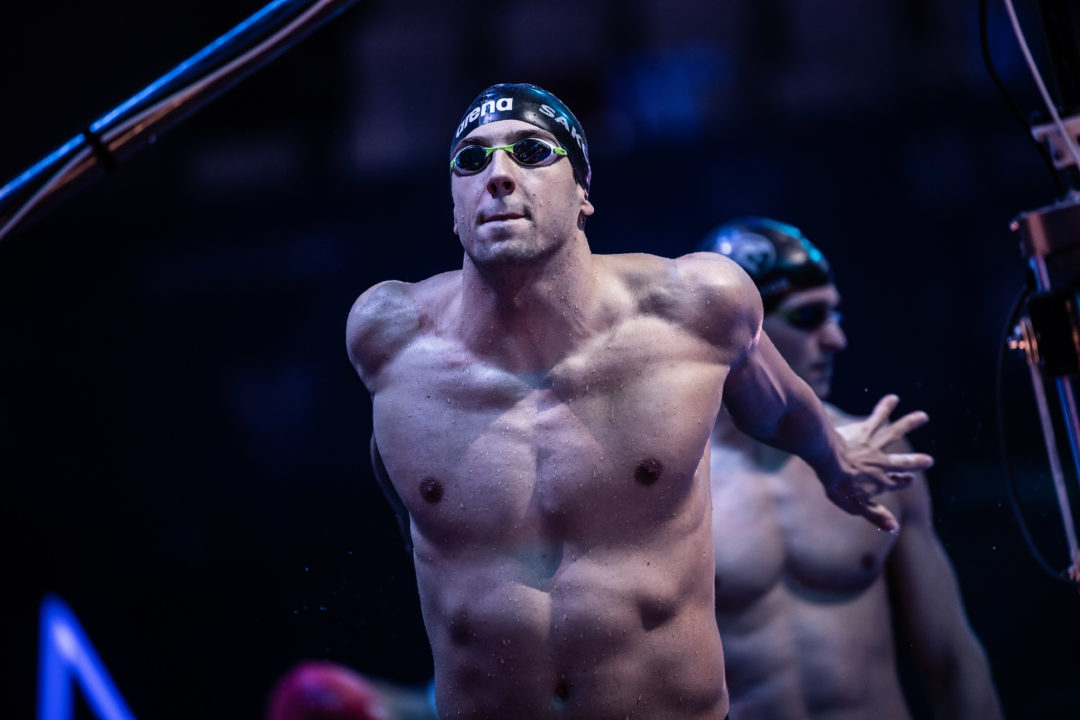 Emre Sakci broke the SCM 50 breaststroke World Record on Monday with a time of 24.95. He is the first person to swim under 25 seconds in the event.

Sakci broke Cameron van der Burgh’s record from 2009, which stood at 25.25. He swam the race at Turkey’s National Championships, just a week after getting disqualified from the event during the semifinals at Short Course Worlds. The fastest time at that meet was Nic Fink’s 25.53, but Sakci had posted the top time prior to his disqualification.

Sakci’s disqualification was a result of the meet’s use of underwater cameras, which can pinpoint infractions. The exact reason for his disqualification was not revealed, but FINA Technical Swim Committee Chair Carol Zaleski told SwimSwam that the bulk of breaststroke disqualifications stemmed from swimmers using a downward dolphin kick at the turn or finish of the race.

At the Turkish National Championships, Sakci split the event at 11.23/13.72. He beat second-place Berkay Oemer Oegretir by almost two seconds–Oegretir’s time was 26.75. Sakci’s newest time is also a European Record and a Meet Record.

Sakci also broke his own Turkish Record, which he set in 2020 at 25.29. Sakci set the record as part of the second season of the International Swimming League, where he was Team Iron’s MVP. During that same season, he also set the 100 breast SCM Turkish Record at 55.74. This season, Sakci only competed in a couple of matches.

Earlier this year, Sakci hinted at what he was capable of when he swam a 25.02 50 breaststroke during his leg of the 4x50m medley relay of the LEN European Short Course Championships. He’s been consistently fast in the event, and still holds the Turkish 17-18 age group record in the 50 breaststroke.

You can watch Sakci’s race here:

Just make multiple dolphin kicks allowable. This has been a redundant argument since 2004. Swimmers have only gotten better at sneaking in more dolphin kicks in since then.

I think it’s interesting that he immediately is shaking his head as though he’s not accepting of the result.

The 50m breaststroke is NOT an Olympic event, so who cares?

I get your point. I’ve never been a fan of 50M form stroke events and although SC has a place I think it takes up far too much of the swimming calendar. It irks me that he appears to have cheated but I suppose the consolation is that he didn’t do it in an important event.

Looks like a clean swim from the angle provided. I’ve watched it back at different speeds and still haven’t seen anything suspicious. Well done.

elbows out of the water on some of his strokes. huge dolphin kick right at entry look at the flexion in the knees on entry in slowest playback speed

Man, I don’t care about any dolphin kicks off the start. That man was flying on the swimming part. His last 15 meters were insane. I’m sure someone could measure his velocity, and I doubt anyone comes close to the top speed he just showed.

elbows were out of the water on some of his strokes

elbows must remain in the water