Elizabeth Beisel Named to USA Swimming Foundation Board of Directors 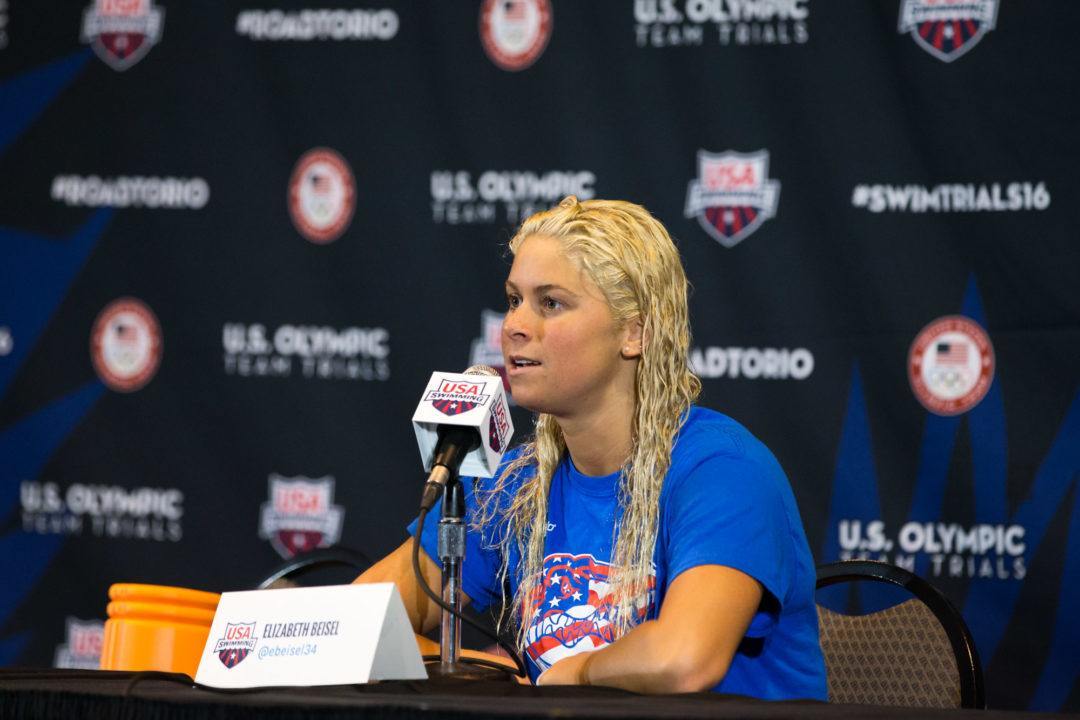 Long-time Team USA star Elizabeth Beisel has joined the USA Swimming Foundation’s Board of Directors. Beisel, a 3-time U.S. Olympian, confirmed that she’d taken the position earlier this afternoon at the USA Swimming Foundation luncheon in New York City, where the 2016 Golden Goggles are currently taking place. Beisel will also be in attendance at the Golden Goggles ceremony, as she was a member of the 2016 U.S. Olympic team in Rio this summer.

In the pool, Beisel has been a part of Team USA since she was 13 years old. She made her first National Team squad in the summer of 2006, qualifying to swim at the Pan Pacific Championships. In 2008, at the age of 15, she qualified to represent the U.S. at the Beijing Olympics in the 400 IM and 200 back.

Since making the team in 2008, she’s earned several international medals between the World Championships and Olympics. Her Olympic medals include a 400 IM silver and 200 back bronze, both of which she earned at the London 2012 Games.

In her work with the USA Swimming Foundation, Beisel will now be working to promote water safety through programs that teach people how to swim. The Foundation also helps support pro swimmers who qualify for the USA National Team.

So is this a full time paying job or will she still be swimming/training & competing??