Efimova’s Former Coach: “Only Doctors Can Be Blamed” 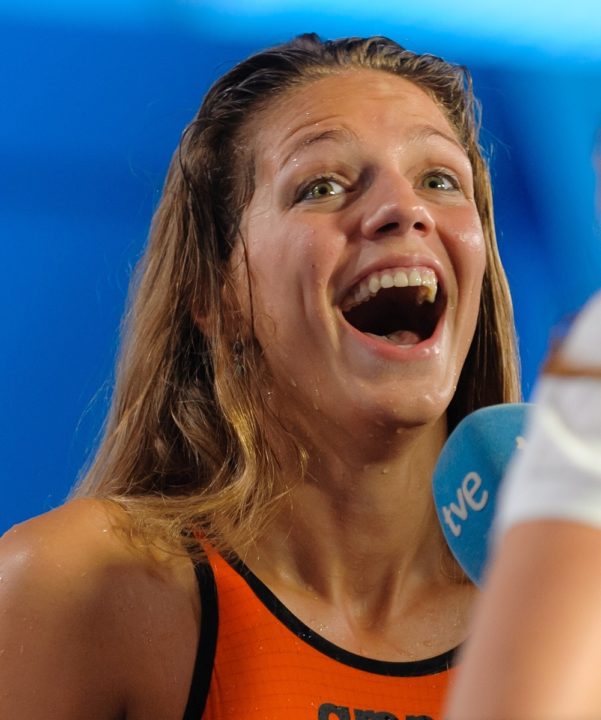 "An investigation is necessary," states the former coach of Russian Yulia Efimova's regarding her reportedly positive test for banned substance meldonium. Archive photo via Victor Puig

The former coach of Yulia Efimova, the Russian World Champion whose reportedly positive meldonium test hit mainstream news yesterday, has offered up her comments regarding the precarious situation.

Coach Irina Vyatchanina, who now carries World Junior Champion Viktoria Gunes (Turkey) under her tutelage, coached Efimova until 2011 when the breaststroking star decided to move to the U.S. and train under current coach Dave Salo of Trojan Swim Club/University of Southern California.

Vyatchanina told Russian news outlet TASS that “only doctors can be blamed for the situation with Yulia. They [doctors] were aware of the problem since last September. They should have done everything possible to get the drug out of the swimmer’s body system.”

Specific to Efimova’s situation, Vyatchanina continued, “I just cannot imagine how they could allow an athlete of such high level and significance as Yulia Yefimova to be caught with such trifle as meldonium. This is the substance, which the whole world has been warning against since last autumn.” (TASS)

As anticipated in October of 2015, heart attack drug meldonium was added to the WADA prohibited list effective January 1. The substance can reportedly be utilized as a metabolic enhancer which increases endurance. WADA began monitoring Meldonium in 2015, adding the drug to its “Monitoring Program” to determine how widespread its use was within sport and what effects it could have on athletic performance. WADA’s findings concluded that there is ‘evidence of its use by athletes with the intention of enhancing performance.’

“An investigation is necessary,” stated Vyatchanina. “How could specialists not know about the threat of meldonium? Yulia also has a personal coach, who is her father. He should have kept everything under control.”

“This is his main responsibility since he was not fully involved in the actual training process,” Vyatchanina said. “When I used to coach Yefimova I knew very well about all of her medical programs and drugs she consumed.”

The Russian Swimming Federation acknowledged today that Efimova is under temporary suspension in a connection with a possible anti-doping violation.

In connection with the publication appeared in the media concerning Yulia Efimova, All-Russian Swimming Federation informs that it has received from the International Federation of FINA (FINA) documents confirming the temporary suspension from competitions athletes in connection with a possible anti-doping rule violation.

Quite possibly the most pathetic statement in the history of this sport. Disgusting.

So,, her former coach should be held more accountable e for a former swimmer of her being a doper but Salo should not?

I second that with an open heart and mind – Thats the ugly lower minded pattern that says ” Its never me who did take the substance , its the doctor who did ” What ? those athletes know how much they can grab as sponsoring if they improve training recovery among valuable advantages – and Efimova is not a child anymore . She knows what she wants and the outcome is important – aka more money gain . The doctors never told their athletes to go for that outcome and nothing else , regardless of the risks . Athletes are the major responsible ones to endorse full responsibility . Park did try that tactic as well if i can… Read more »

You know Sharapova was caught with the same substance at the Australia Open (held in January). I am so use to athletes blaming a supplement or doctors as to why they had the banned substance (my favorite is the GNC guy told me it was okay to take). Well Sharapova, in her press conference, took full responsibility for the positive test (she has more money to lose too). While I was disappointed that she was taking that substance, at least she owned up to it, refreshing in that regard. She might be the only one that I can remember that actually took responsibility.

As for Efimova, I am willing to bet that she knew she was taking something to help… Read more »

Agreed Joel. Who is responsible for what goes into our bodies? I would absolutely love for any failed drug test swimmer (hell, anyone from any sport) to just take ownership of what they did and be responsible. Man up people.

“I knew very well about all of her medical programs and drugs she consumed.” She’s 23 and an Olympic athlete. How many medical programs/drugs she need? It’s not like she’s on “Biggest Loser.”