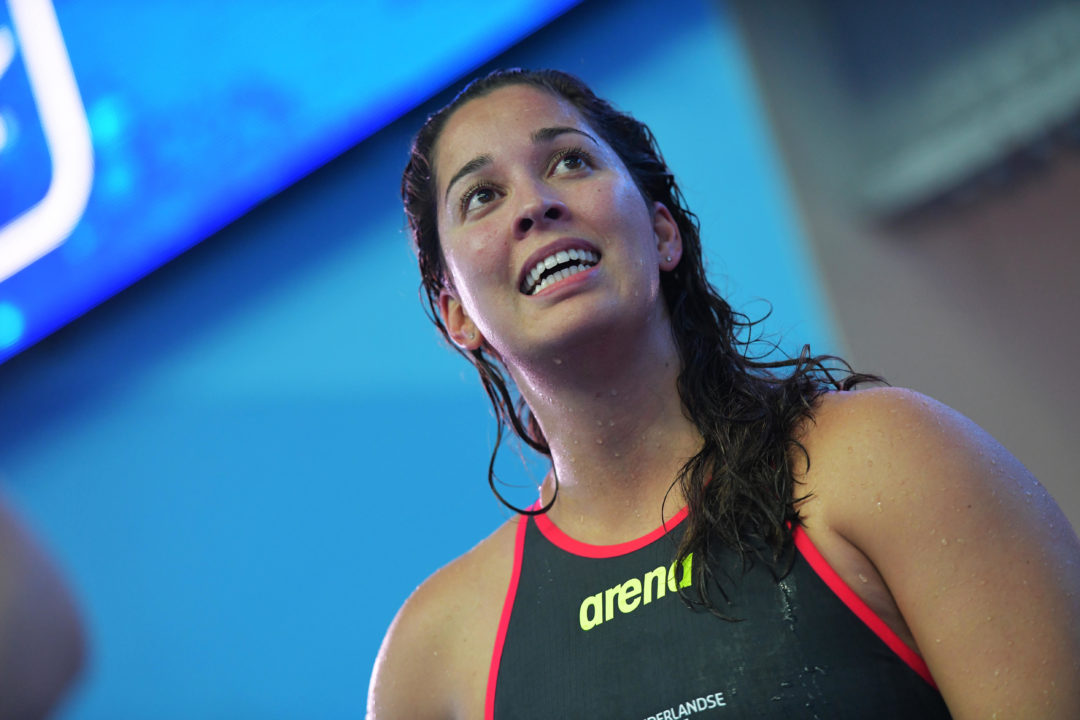 The Dutch National Championships in December will be moved to a long course event and declared an Olympic qualifying competition. Archive photo via (Ranomi Kromowidjojo) Gian Mattia D'Alberto - LaPresse

The Dutch Swimming Federation (KNZB) has announced that swimmers aged 13-18 will be able to return to the pool on June 1 without social distancing restrictions, in addition to new changes to the national swimming competition calendar.

While the Netherlands has already allowed most of its swimmers to return to practice, that has been with a required 1.5 meters of social distancing. Starting on June 1, though, swimmers aged 13-18, under the supervision of professional coaches, can return to competition without having to observe the 1.5 meter social distancing rules. This only applies to outdoor pools, where experts say the risk of contracting the virus is lower. Individuals under the age of 18 are also at a much lower risk of facing severe complications from COVID-19, according to both the CDC and WHO.

The Netherlands has 46,257 confirmed infections of the coronavirus and 5,951 deaths from COVID-19, but those numbers have slowed dramatically in recent weeks. The last week has seen under 200 new cases confirmed daily in a country of over 17 million.

The country has also published a new competition calendar in the run-up to the Tokyo Olympic Games, albeit one labeled ‘subject to change.’

Among the major changes is changing the Dutch Open National Championships in December from a short course meet to a long course meet.

That event, which will run from December 3rd-6th, is traditionally a short course meet, often serving as a selection event for the Short Course World Championships or, in odd numbered years, the European Short Course Championships.

With the shift of the Olympic schedule and postponement of the 2020 World Short Course Swimming Championships to 2021, however, the KNZB has instead made this competition a long course meet and declared it as an Olympic selection event.

Other Major Events on the Calendar:

The LEN Swimming Cup in April will likely take the form of an international competition that will likewise serve as a primary selection meet for the Netherlands for Olympic Games.

The federation will also host monthly senior team or open meets beginning in September, giving their athletes the opportunity to compete at high level meets without having to travel internationally.

The country has also scheduled a Senior National Team relay meet. That event, originally planned for December, has not had a date set, but the federation says it will likely be in January 2021. That meet is designed to give Dutch swimmers a chance for additional relay qualifications. As of the start of the global pandemic shutdown, the Dutch had only 4 of a possible 7 relays qualified. One of those 4 (the men’s 400 free relay) is precariously perched in the final wildcard spot, with China lurking behind.

” The Dutch Swimming Federation (KNZB) has announced that swimmers aged 13-18 will be able to return to the pool on June 1.”

Swim clubs in The Netherlands, elite or not, were allowed to start their trainings few weeks ago already. The only restriction has so far been a 1.5m distance rule for swimmers of age 13-18. That restriction is going to be removed as well starting on June 1, though for indoor pools only.