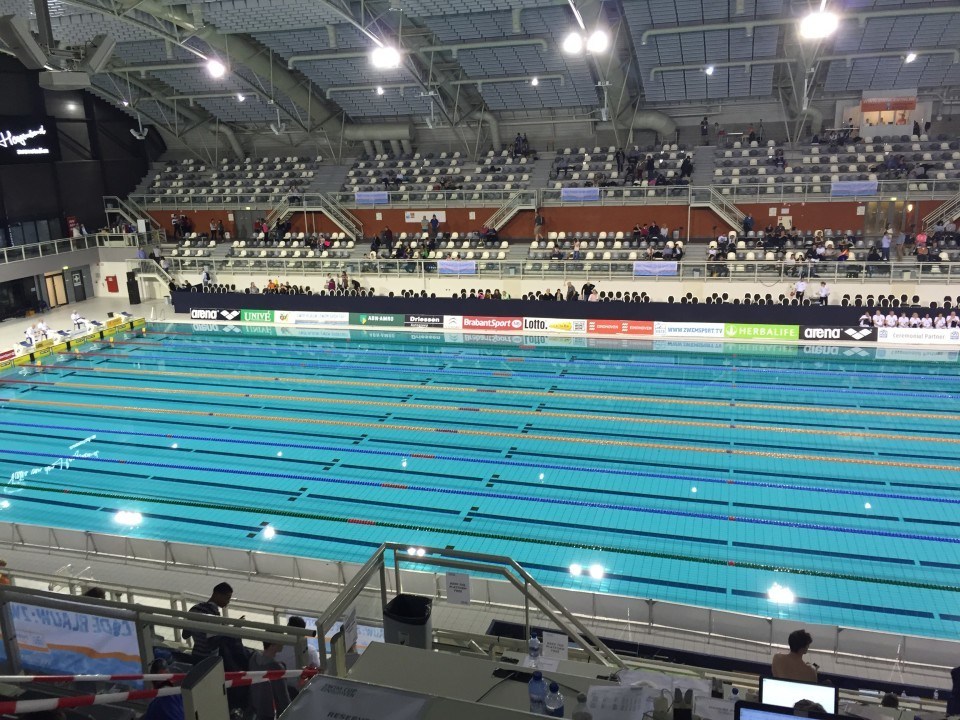 Swimming in the stadium named for the country's most legendary freestyler, the Dutch home team impressed in freestyle events on Friday in Eindhoven.

The international swim stars are stepping on the gas on the 2nd day of Swim Cup Eindhoven in the Pieter van den Hoogenband Stadium. As we have already reported, Femke Heemskerk showed an absolutely brilliant performance with her winning time of 1:54,56 in the 200 free – this is a new dutch record and of course the top of 2015 World Ranking.

Her teammate Sebastiaan Verschuren took the men’s 100 freestyle with another great swim in 48,43. Laszlo Cseh from Hungary, 200 IM Olympic bronce medalist  2012, finished in 1:58,31 in the 200 IM and this time ranks him 2nd in the world this year. Cameron van der Burgh made his way into the top 3 in the world rankings: The Southafrican crashed the minute in the 100 breaststroke with a 59,84.

Zsuszanna Jakabos won the 400 IM in a time of 4:47,38 which places her 5th in the world rankings. Moniek Nijhuis clocked 1:07,18 in the 100 m breast for the win in this event. Peter Bernek and Maarten Brzoskowski showed that 1500 freestyle are not boring with a thrilling final which the Hungarian won in 15:11,07, the Dutch finished 2nd in 15:11,17 – their swims put them 6th and 7th in the world rankings.

Next to all these top performances, the dutch organizers showed what swimming is about with an age groupers competition in front of the international audience. And also part of the competition schedule are Paralympic events – this combination of several faces of swimming isn’t only very human and sympathetic – perhaps this is one reason why a small country like the Netherlands has so many top stars in swimming.