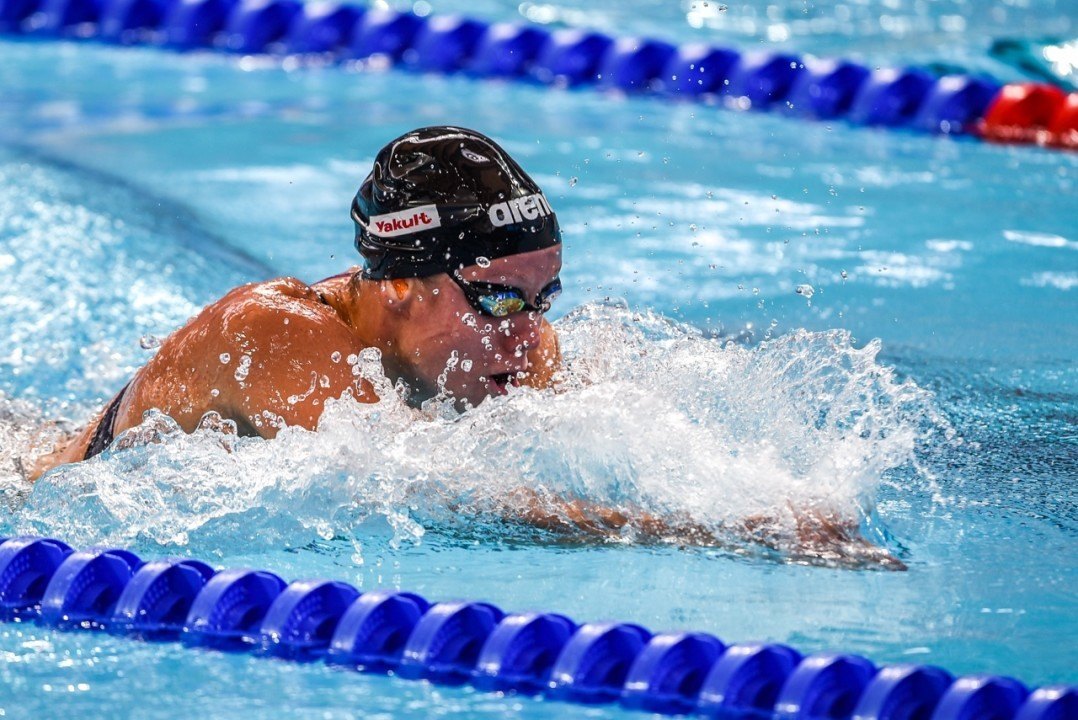 28-year-old Moniek Nijhuis from the Netherlands says goodbye to a long and successful swim career. Archive photo via Peter Sukenik/www.petersukenik.com

Nijhuis was disappointed with her result at the 2015 FINA World Championships, where the once European Champion fell short of finals in both the 50 and 100 breaststroke races. She wound up 9th in the former and 26th in the latter. She had been training with Lithuanian Olympian Ruta Meilutyte under Jon Rudd at Plymouth Leander in England since October 2015, but ran into a string of health issues that ultimately put her off course for Rio. This included a bout with the flu, which left her out of the Eindhoven Cup and off the 2016 European Championships roster.

Nevertheless, Nijhuis’ impact on Dutch swimming remains intact, as the Overdinkel-born swimmer scored her first major international medal at the senior level when she was just 16 years of age. That medal was gold as a member of her nation’s 200 medley relay at the 2004 European Short Course Championships.

Missing the Rio Olympic team dealt Nijhuis a big blow where the swimmer says, “you must be honest with yourself and determine a new course.”

Of her decision to retire, Nijhuis says, “I’m proud of what I’ve accomplished and very grateful for all the wonderful experiences that swimming has brought me. I will continue to cherish. My gratitude is great to my family and friends, trainers, fellow swimmers, sponsors and all others who have contributed to my performance. ”