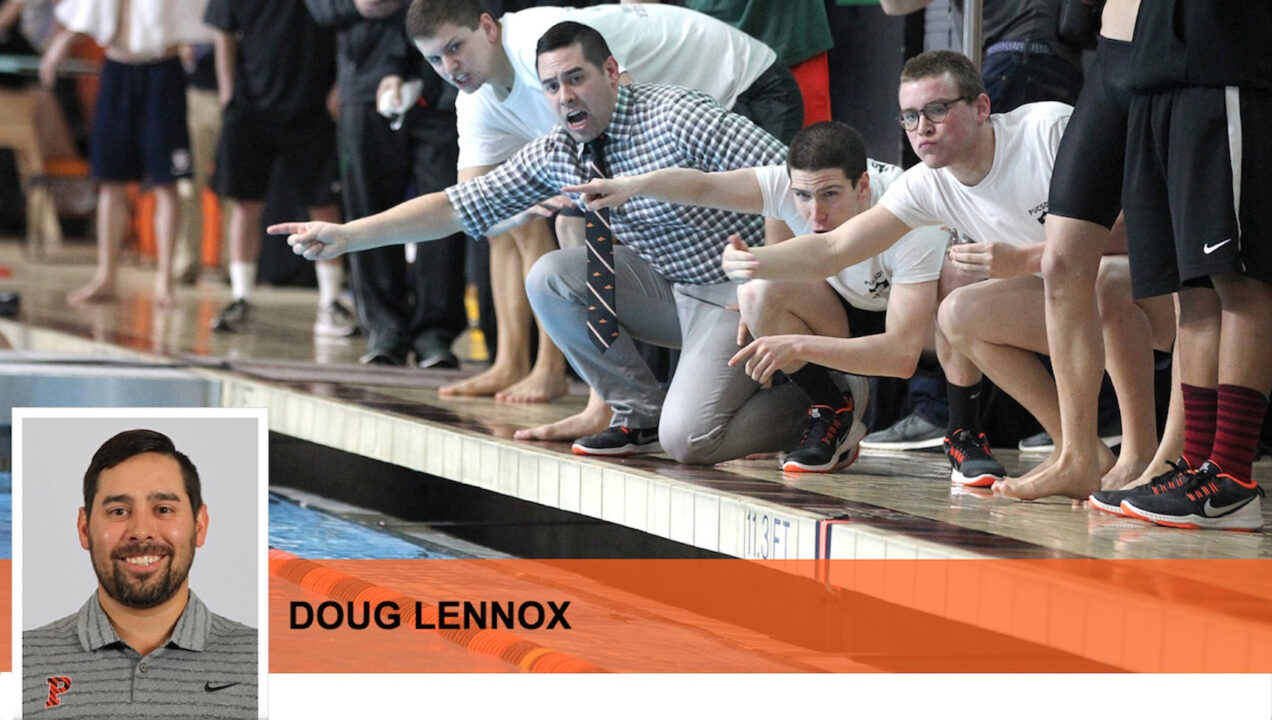 Lennox will take the lead on programs such as the Top 25 Polls, the CSCAA Awards Programs and select efforts associated with the National Invitational. Current photo via CSCAA

“I am thrilled to welcome Doug to the CSCAA. He brings a wealth of experience as a coach and as a swimmer, across multiple divisions,” said Barany. “Among all of his attributes, I was most impressed by his passion for our sport and his desire to serve the swimming and diving community.  Doug will lead specific programs, however it is clear that he will be a key part of everything we do at the CSCAA.”

In his role as CPTO, Lennox will take the lead on a variety of programs such as the Top 25 Polls, the CSCAA Awards Programs and select efforts associated with the National Invitational. “College swimming and diving coaches will benefit greatly with Doug on the team. I am immediately struck by his energy and his thoughtful approach to this important position.” said Barany.

“Thank you to Sam, Maureen, Greg and the CSCAA Board for inviting me to join such a stalwart staff,” Lennox said. “I am inspired by the historical significance of the CSCAA being the first national organization of college coaches, and I am eager to support the mission of preserving, protecting and expanding the presence of swimming and diving at the collegiate level.”

“So much of what we do and who we become in life is determined by the people who influence our decisions. I have been fortunate to work with some incredible coaches, mentors and student-athletes over the years and I can’t wait to forge new relationships as part of the CSCAA!”

Prior to joining the CSCAA, Lennox spent nine years as a college swim coach, including stints at NYU, Kenyon College and Princeton University. “I am thrilled that Doug will be part of the leadership team at the CSCAA. His vast experience, knowledge of our sport, and endless supply of innovative ideas will benefit the organization and every college swimming and diving coach,” commented Matt Crispino, head coach of the Princeton Men’s Swimming & Diving Team. “Doug continues to make Princeton proud, and I’m excited to work alongside him again in his new role.”

Jess Book, head coach of the Kenyon College Men’s and Women’s Swimming & Diving Teams had this to say, “As a coach, Doug’s commitment has always been about educating and connecting.  He cares deeply about people and helping people find the best in themselves.  He believes in relationships and collaboration, and will represent the CSCAA and coaches across the country with those values in mind.  He is a true servant leader and will take that mindset into this role.”

In addition to his work in the college world, Lennox coached at the club level for Asphalt Green Unified Aquatics in New York City (2012-14) and Chelsea Piers Aquatic Club in Stamford, Connecticut (2021-22).

A native of Illinois, Lennox graduated from Princeton University in 2009 with a degree in Anthropology and minors in Latin American Studies and American Studies. Lennox was elected as a tri-captain for his senior year and graduated with 10 Princeton records, 7 Ivy League Records and 23 Puerto Rican National Records. Lennox earned his Master’s degree in Education from Teacher University at Hunter College in 2012 and plans to work toward his MBA the fall of 2022.

Lennox resides in Oregon City, Oregon with his wife, Sarah, and their two sons, D.C. and Christopher.

Doug is one of the most dedicated individuals to the sport, and will make a big impact with his experience, analytical mind, and charisma; overall a great pick!

Never more sure that he will search deep in the archives

Doug is an excel wizard

Congrats, Doug! You’re going to crush it. Great pick up by the CSCAA.