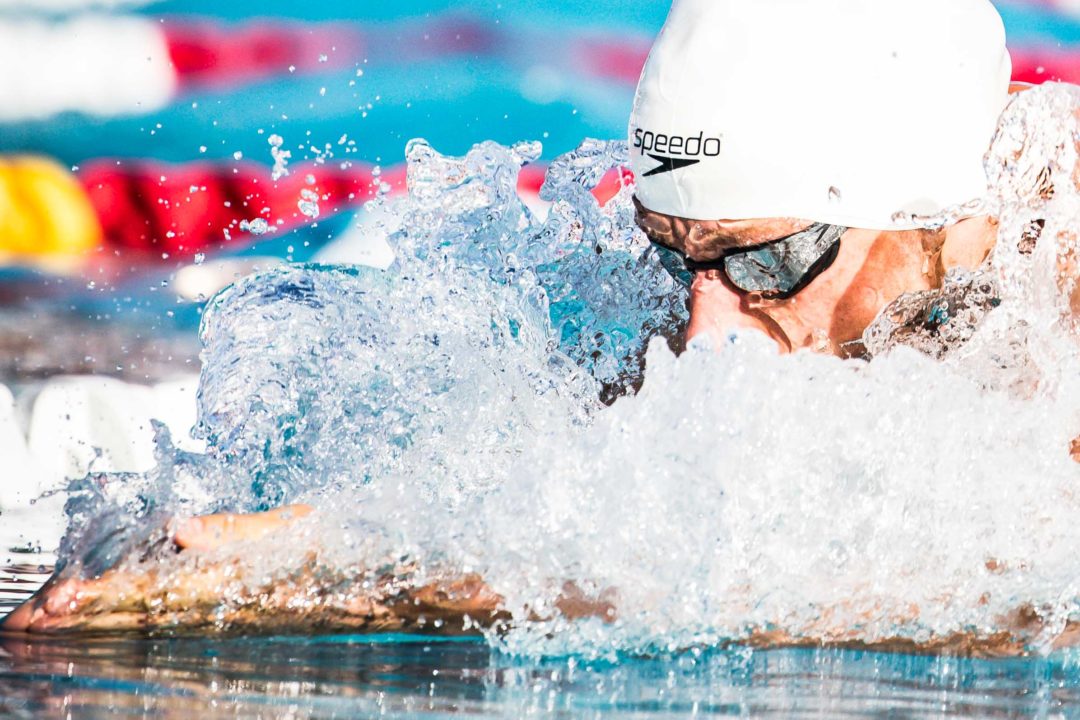 A semi-finalist at Olympic Trials in 2016, Brandon Fischer returned to racing in June 2018 and now is the third-fastest 100 breaststroker in the USA. Current photo via Jack Spitser/Spitser Photography

Last summer, SwimSwam caught up with then-29-year-old Brandon Fischer, of the Livermore Aquacowboys, at the 2018 L.A. Invite. Fischer, a 200 breast semi-finalist at Olympic Trials in 2016, told us he was staging a comeback after a year-and-a-half off, aiming to improve on that finish at 2020 Trials.

Fischer ended his NCAA career at the University of Wyoming in 2012, swam at Trials that year, then took a year or so off to focus on his studies. But in 2014, he took up training again with the Palo Alto Stanford Aquatics, swam on the 2014 Grand Prix circuit, then final-ed in the 200 breast at the 2014 U.S. Summer National Championships.

With his breakout 100 swim last weekend, Fischer became the No. 3 American this year, behind only Cody Miller and Michael Andrew; Fischer’s 50 is second to only Andrew’s. His 200 shot up to No. 8 in the nation.

Fischer works a full-time job and joins his team for many of its regularly-scheduled workouts. However, some mornings, he swims alone with just Aquacowboys coach Alex Silver on deck in order to accommodate his schedule.

He has a tall task ahead of him to get a top two spot in 2020 with the Olympic medalist Miller also in the midst of a resurgence, and Andrew the level of competitor her is – not the mention all the other young top-tier talent the U.S. has to offer – but Fischer’s meteoric rise over the course of a week is certainly one for the ages.

Did he go by a different name at Wyoming and 2016?