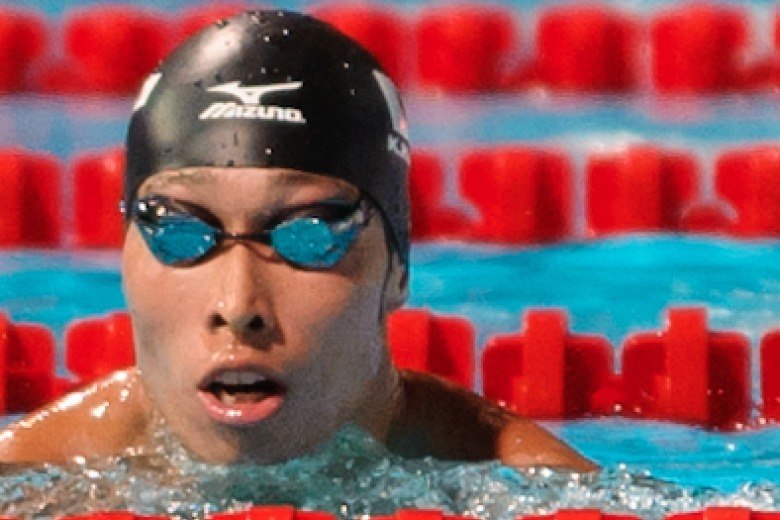 A familiar pattern emerged in the men's 400 IM final at Japan's National Championships; but it might not be a good thing that Kosuke Hagino almost broke the Asian Record. Archive photo via Victor Puig

A senior official at the Japanese Olympic Committee (JOC) died on Monday morning after an incident on Tokyo’s subway.

Sun Jiajun became the first new addition to China’s Tokyo 2020 Olympic roster at this meet with his 51.93 100 butterfly.

Olympic Games-qualified Tomoru Honda ripped a lifetime best of 1:54.59 in the men’s 200m fly at the 2021Japan Open tonight in Chiba.

Of all of the national championships going on this week around the country, Japan’s was expected to be the fastest and the deepest, and on day 1 of the meet at the Tatsumi International Swim Center in Tokyo, that certainly held true. The Japanese made mince of our 2014 TYR World Rankings, as we’ll demonstrate below, and qualified a lot of swimmers for August’s Pan Pac Championships.

A preview, and all of the qualifying times for the meet, can be found here.

Koseki Yasuhiro took the win in 1:00.08, which in relative terms actually gave him a cushion over the runners-up, which was a tie for 2nd between Ryo Teteishi and Sakimoto Hiromasa in 1:00.51.

Yasuhiro built a big lead in the first 50 meters, and that’s what carried him to this win. He’s the only swimmer in this final, however, who was under the qualifying standard, which means an unusually small single entry for Pan Pacs.

Further down the rankings, in 7th, was legend and former Olympic champion Kosuke Kitajima in 1:00.67. Even with his legendary status in Japan, it will be hard to justify including him on the team taking only 7th place.

Japan now holds 7 of the top 13 spots in the world rankings so far this year.

While the women’s race didn’t have quite the same depth as the men’s in the world rankings, it was still very deep and very fast, with only one swimmer of the 8 finalists topping into the 1:08’s.

The win went to 17-year old Kanako Watanabe in a new Japanese Junior Record of 1:06.53. That ranks her 2nd in the world this year, and puts her just a couple-of-tenths off of Japan’s National Record.

Watanabe has truly taken the path of a traditional ‘young swimmer,’ which speaks highly of her coaches. She first broke through as a 200 breaststroker, has spent the last year-plus training and competing as an IM’er, and has now returned to the 100 breaststroke better than she’s ever looked.

Those three swims, and in fact all of the finalists in this race, were under the Japanese selection standard; the women’s standard in this particular event seems to be set disproportionately slow as compared to the men’s.

Shinri Shioura continued to declare his status as Japan’s top sprinter with a solid 48.69 in the men’s 100 free final on Thursday, which is his second-straight title in the event (and about a tenth faster than he was at this meet last year).

In this event particularly, Japan tailored their qualifying standard to what they know about the relative domestic quality of this event. So while only a single men’s 100 breaststroker qualified for Pan Pacs, Japan will send three swimmers in the 100 free to Pan Pacs.

Behind Shioura, Ranmaru Harada took 2nd in 49.19, and Katsumi Nakamura took 3rd in 49.25. Rounding out the potential free relay is Takuro Fujii, the 28-year old who for very long held the spot that Shioura is now occupying at the top of this Japanese sprint file.

The aggregate time in the 400 free relay is a 3:16.51 from those four results – which with the way the Canadian and South African sprint groups are looking could still be good for a medal at Pan Pacs. It’s not far off, when accounting for relay exchanges, of the 3:14.75 that they swam at Worlds to place 8th last year either, though two members of that Worlds relay (Kenta Ito, 6th, Kenji Kobase, B-Final) won’t be on this year’s relay it appears. Ito might get bumped up, as he swam exceedingly well on Japan’s relays last year, though Kobase didn’t.

Japan’s current top swimmer began his meet, expected to be a busy one, with a 4:07.88 in the men’s 400 IM. That was within three tenths of the time that he used to win this race last year and set an Asian record in the process.

Of course last year, Hagino added big and failed to medal while his country mate Daiya Seto became the World Champion in this event. Excitement over this swim will be tempered in a broader sense again this year, because the qualifying meet shapes out very similarly to what it did last year. Hagino was a 4:07 just like last year, and Seto was a 4:12.30 for 2nd – actually about half-a-second faster than last year.

Hagino’s swim was quite different this year; he went out almost a second faster on his butterfly leg, but he paid the price in a big way on his freestyle.

Coming on strong from last year for 3rd was Takehura Fujimori in 4:13.80. Like the two ahead of him, he’s also a 1994-birth, but unlike the two in front of him, the race he swims leans much more to the typical strength of Japanese swimmers – a very slow lead-off leg, building into a good backstroke leg, a great breaststroke leg, and finishing his race well.

However, over the last decade-plus, the Hagino/Seto ‘out fast’ model is what the most successful Japanese IM’ers have used, back to names like Jiro Miki in Athens. Of course, the 400 IM a decade ago was almost unrecognizable from what it is now.

Japan is one of the few countries that is making selections based upon the 50 stroke events, and some relatively unknowns grabbed spots in this men’s 50 fly. Hirofumi Ikebata and Kouhei Kawamoto tied for the win in this 50 fly in 23.67, and they’ll be joined by Kishida Masayukiin who was a 23.76 for 3rd..

There weren’t really any well-known names in this 50 fly final to speak much of. Most of the country’s top butterfliers are saving their energy across this condensed four-day meet for the 100 and 200 later on.

The women’s 50 fly field had a little more name recognition than the men’s, and likewise they got the entire A-Final under the qualifying standard for Pan Pacs.

Tomoyo Fukuda took the win in 26.74, followed by the country’s top young sprint freestyler Miki Uchida in 26.75. They’ll be joined by Misato Yamazaki in 26.93.

The last event of the day was also the first women’s event of this meet that won’t see three qualifiers, and the results were really rather disappointing as compared to most of the day 1 speed. Chihiro Igarashi won in 4:11.19, followed by Asami Chida in 4:11.48

Yuuna Kikuchi took 3rd in 4:13.41, but that misses the qualifying mark for Pan Pacs.

Ok.. so Marina Garcia SUDDENLY can learn again how to swim fast??
she just swam 1:07.8 at the Spanish nationals, this is after a horrible horrible NCAA.

Haha! 😆
She doesn’t like the US bathtub! 😆
She likes the big pool:
Happy for her.
Hopefully her second college season will be better. It can’t be worst in terms of results.

maybe she has the world’s worst pullouts?

Wow! I repeat for a few years now that Japan has everything to become the second swimming power in the world behind USA.
I’m impressed by the depth in most of the events.
They don’t always succeed in swimming faster than their season times at the big world competitions. Hopefully they will improve that before Rio.
Because they have the individual talent in store to shine.

However they still struggle in the freestyle events on the women’s side. 4.11 in the 400 free. It’s very slow. They don’t have sprinters as well. It’s weird. But it’s not much better on the men’s side. Ok, they improve a little on sprint but it’s still far from the elite… Read more »