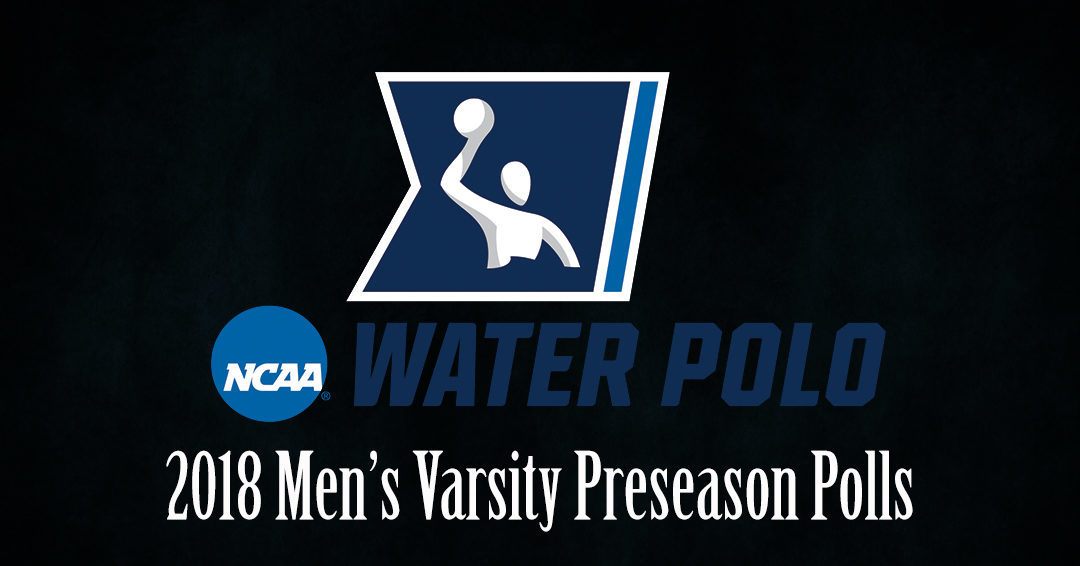 The University of California-Los Angeles is favored to repeat as National Champion as the Collegiate Water Polo Association (CWPA) releases the 2018 Men’s Varsity National Top 20. Current photo via CWPA

Pomona-Pitzer Colleges, which captured the 2017 Southern California Intercollegiate Athletic Conference (SCIAC) title, will commence the new season at No. 1 in the Division III Poll, while George Washington University and Harvard University retain their previous No. 1 ranks after winning the MAWPC and NWPC crowns last season.

The University of California-Los Angeles will open the season on top of the sport as the squad holds the No. 1 position in the 2018 Preseason National Men’s Varsity Top 20 Poll.

The Bruins, who claimed the 2017 National Collegiate Athletic Association (NCAA) Championship, falls one point shy of rating as a unanimous preseason No. 1 selection as UCLA picks up 99 points.  The University of Southern California (96 points) remains at No. 2 after finishing as the runner-up at the NCAA Championship, while the University of California (89 points), Stanford University (86 points) and the University of the Pacific (81 points) stick at No. 3-to-5, respectively, as the first five spots in the final 2017 poll remain consistent going into 2018.

Harvard University (50 points) is the first non-Golden State institution to appear in the Top 20 as the Crimson hold down the No. 11 berth.  The University of California-San Diego (43 points), Princeton University (40 points), San Jose State University (37 points) and Brown University (34 points) follow at No. 12-to-15.

The Sagehens of Pomona-Pitzer Colleges will open the 2018 season at No. 1 in the Preseason Men’s Varsity Division III Top 10 Poll.

Similar to the National Top 20 which experienced moderate changes, the Division III Top 10 experiences some shifts from the final poll of 2017.

Johns Hopkins University (91 points) begins the 2018 season at No. 2 with Chapman University (90 points) and Whittier College (89 points) trading final positions from last year to rate at No. 3 and 4 going into the new campaign.

George Washington University will begin the third season of Mid-Atlantic Water Polo Conference (MAWPC) play where the Colonials concluded the last year – at No. 1 – as the team is the top pick in the league’s Preseason Top Five Poll.

The 2017 MAWPC Champion Colonials (96 points) hold a narrow lead over the team they defeated for the crown last year – Wagner College (95 points). 2016 MAWPC Champion Bucknell University (91 points), which was tied with Wagner at No. 2 in the final MAWPC balloting of 2017, slips back to No. 3 with previously unranked Johns Hopkins University (64 points) and Fordham University (51 points) assuming the No. 4 and 5 positions.

2016 and 2017 Northeast Water Polo Conference (NWPC) Champion Harvard University will aim to three-peat in 2018 as the Crimson are No. 1 in the NWPC Preseason Top Five Poll.

Comprised of Brown University, Harvard, Iona College, Princeton University, the Massachusetts Institute of Technology (MIT) and Saint Francis College Brooklyn, the NWPC teams will start the march to the 2018 National Collegiate Athletic Association (NCAA) Championship with rankings that echo the results of 2017.

A unanimous top selection, Harvard (100 points) holds an eight-point lead over Princeton (92 points) and Brown (92 points) as the Tigers and Bears are tied at No. 2.  St. Francis Brooklyn (86 points) and Iona (48 points) complete the Top Five.