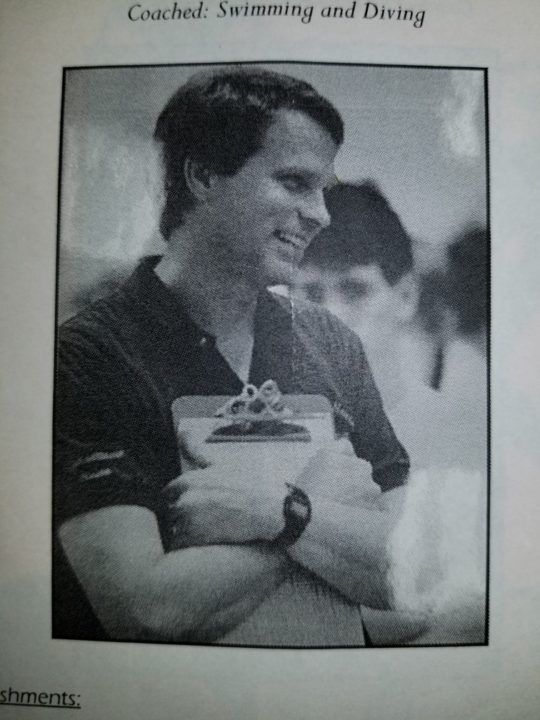 Klumb coached at Naperville North High School From 1976-1995 and had a storied masters swimming career of his own. Archive photo via Mike Adams

“This quiet and mild-mannered leader was an example for many young coaches in the State of Illinois to follow,” Mike Adams, Naperville Central swim coach, wrote in an email to SwimSwam. “He treated his swimmers with dignity and led them to the heights of Illinois High School Swimming. George Klumb was a class act who treated all of his competitors with dignity and respect. He was an advocate of swimming at all levels in our town. High School, YMCA, USS, and Park District. He will be missed greatly.”

Sad news. I lost touch with George over the years but what a nice man and a class act. He was truly a great role model to his athletes and other coaches. RIP

Tibor Benedek and Gyorgy Karpati, both 3 time Olympic gold medalists in water polo died a day apart, devastating news especially or Benedek who was 47 and still the National Team captain till last year.

George and I did masters relays together. In all senses, he was our anchor