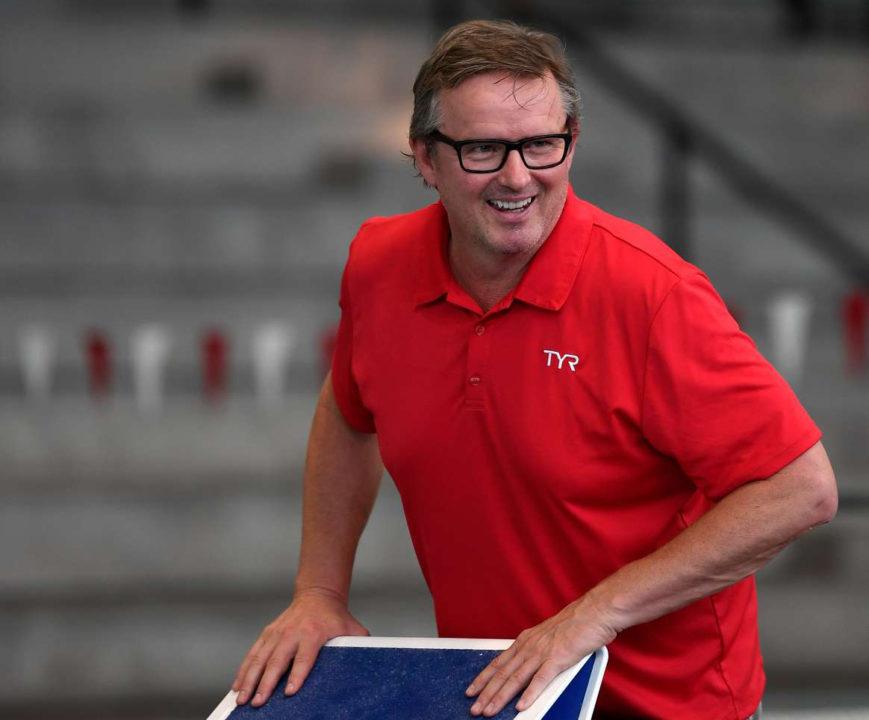 Less than 2 years out from the 2020 Olympic Games in Tokyo, Danish Swimming's Head Coach Dean Boles has announced his resignation. Current photo via Lars Moeller

Less than 2 years out from the 2020 Olympic Games in Tokyo, Danish Swimming’s Head Coach Dean Boles has announced his resignation. Stepping down from his role as of the end of 2018, the once-Provincial for Swim Ontario will be returning to his Canadian roots, citing a desire to be closer to family, but also in order to capitalize on a new opportunity in the North American nation.

“I have now been given a unique opportunity t to get closer to my family and, at the same time, return to work with Canadian Swimming Sport to help shape the development of Swim Ontario following a new plan. It is a very special opportunity which I feel that I need to grab.”

Prior to his joining Swimming Denmark back in 2015, Boles worked as the Provincial for Swim Ontario, developing athletes deemed to have the ability to achieve success at the international level. He had also previously worked with Swimming Canada, Own the Podium and the Canadian Sports Institute in the development of the Ontario Swimming Academy. He was back in Ontario in September presenting at their annual AGM meeting.

On the Head Coach’s departure, Danish Swimming Federation High Performance Manager Lars Green Bach stated,  “Dean Boles has done an exemplary job as Danish national swimming coach in my view. With his constant and firm focus on the international development, a strong commitment and good cooperation skills, he has continued to crucial steps for the development of Danish swimming.

“Based on strong and healthy values for the work with our national team, Dean has contributed to achievements at the highest international level for Danish swimming during the period in which he has been the Danish national coach. He has also been attentive to efforts which can help strengthening the depth of Danish high performance swimming in the short run as well as the long run, and he has had a very good understanding of the work, role and responsibilities of the Danish Swimming Federation. This is why I regret Dean’s decision, and I am convinced that many others will miss him in Danish swimming sport.”

Green emphasized that, although the team is losing a ‘very good and important player’, the team itself remains. “As I see it, Danish swimming has a number of strong clubs and training environments which can continue the work together with a competent team of employees in the sports department within the framework of Danish swimming sport’s sporting strategy and action plan ‘From proud results to new common ambitions.’

“This is why I am confident that we can maintain our focus on the international development and performance of the swimmers in the national team. Clearly, we can expect that some things have to be prioritized differently or action areas must be postponed after the departure of Dean, until we have found a solution to fill the vacuum he leaves behind. However, our ambition has not changed, it is still to keep the Danish national team at the highest international level.”

The Danish Swimming Federation has, in collaboration with the Danish elite sport organisation Team Denmark, started a process of finding a new candidate for the sports department who can contribute to the work with the Danish national team swimmers and their training platforms toward the Olympic Games in Tokyo in 2020 – and the further development toward the Olympic Games in Paris in 2024.

Not great timing at all, but family does indeed come first.
Article doesn’t shed light on if they will replace before Tokyo or if ever.

Welcome back to Ontario Dean!

In an amusing coincidence, It’s exactly 34 degrees in both Toronto and Copenhagen right now.

just remember, the sun probably shines at least for a few hours during December in Toronto. But its probably on average much colder in Ontario