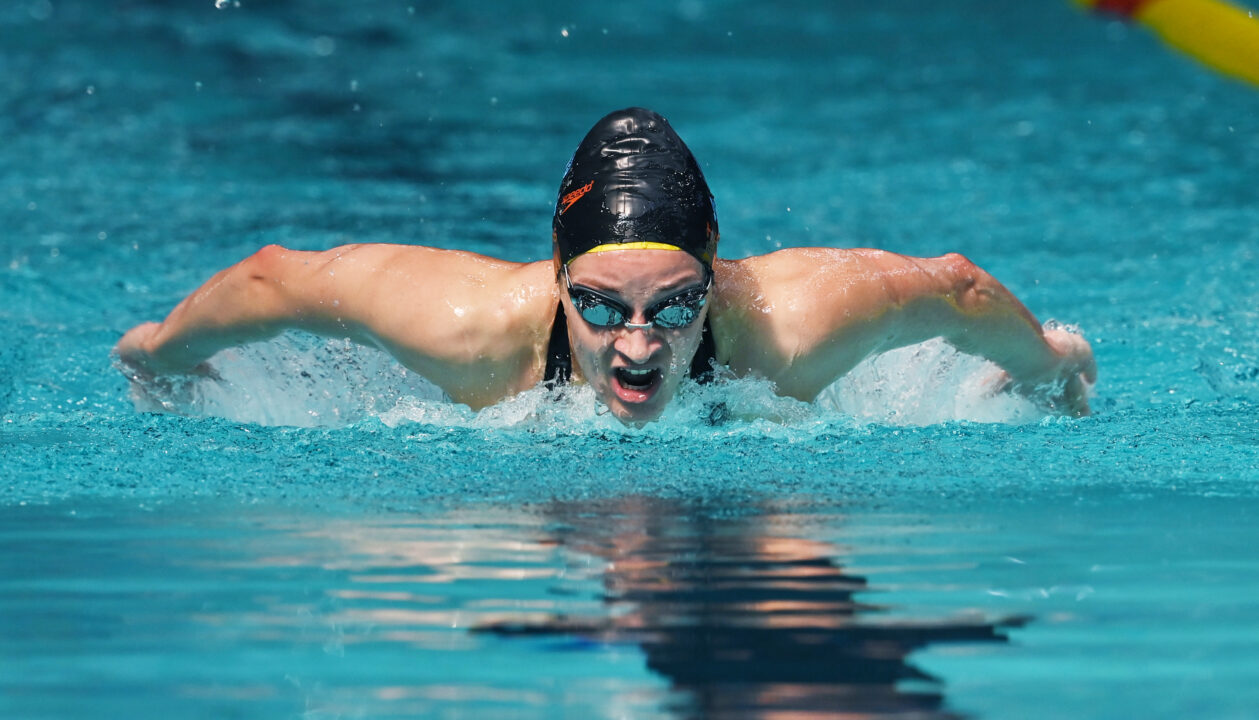 Day 5 of the 2022 Canadian National Championships featured a big showdown between some of the biggest names of this week’s meet so far.

Many of those biggest names came together in the women’s 50 fly. Unlike most of the races at this meet, the 50 meter stroke races are swum as a single age group.

“Kamryn is a very good up-and-coming swimmer. I’m really excited to see where she goes,” said Hanus. “It’s really nice to see the younger swimmers coming up and really push us older guys, if I can say.”

The other 100 fly winner from earlier in the meet, Maxine Clark (13-14 age group), who actually had the fastest time of all three age groups in the longer distance, swam in the B-Final of this 50 fly, placing 13th overall in 28.10.

That was Clark’s second swim of the session after previously winning the 100 free in 57.41.