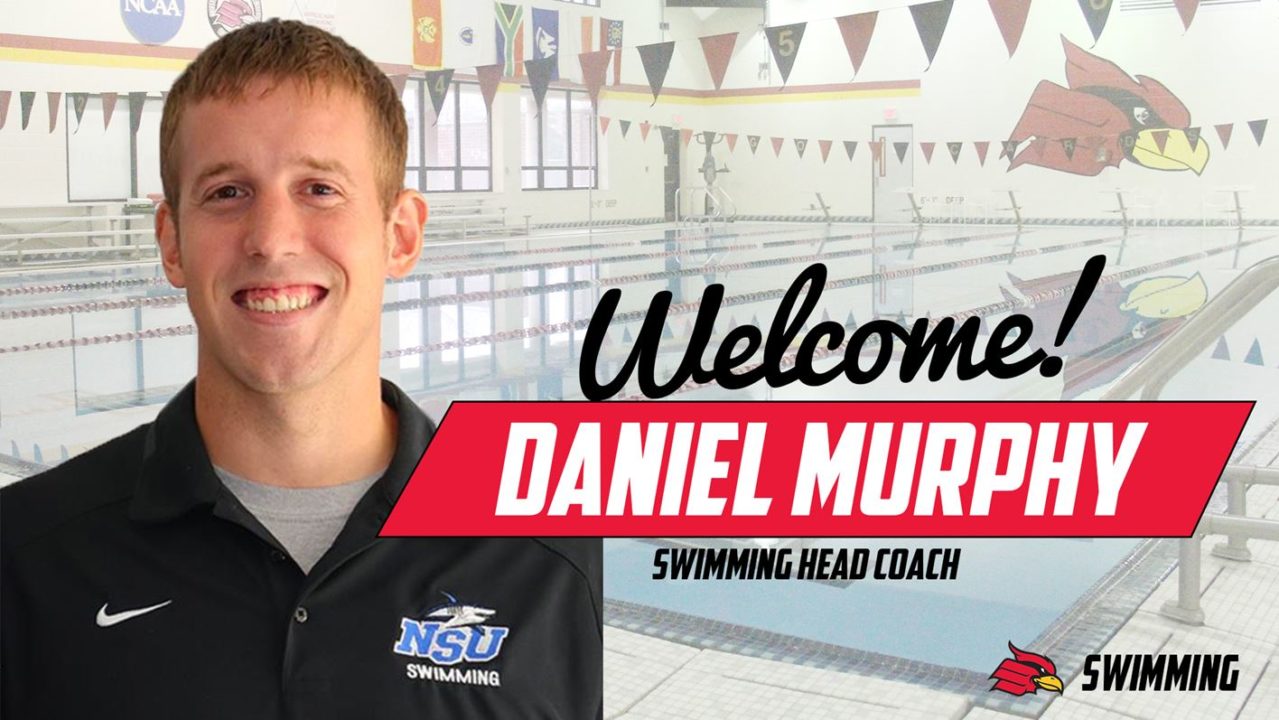 Murphy spent the past three seasons as an assistant coach with the Sharks working primarily with IM and distance groups. During his tenure at Nova Southeastern, he helped tutor 26 All-Americans, including 2018 400-yard IM Division II National Champion Courtney DeVeny. The women’s team that year took third place overall in the team standings and followed that up with a fourth place showing at the 2019 National Championships.

“I would like to thank President Ginny Favede and Carrie Hanna for this amazing opportunity,” said Murphy. “I was intrigued by the opportunity to restart a program from scratch and return it to regional and national prominence. I hope to build a program where our athletes are committed to each other and to improving every day both in and out of the pool.”

“I am excited to welcome Daniel Murphy as the head coach of Wheeling University’s Swimming Program,” said President Ginny R. Favede. “Having been part of a winning program for the past three years, I know Daniel comes from an athletic department with an excellent, winning culture and he sets high athletic expectations. Daniel impressed us with his enthusiastic vision for the successful return of this program under his leadership.”

Before his time at Nova Southeastern, Murphy served as a volunteer assistant at Missouri State University, where he helped develop multiple conference record holders on both the men’s and women’s teams, with two individuals qualifying for the NCAA Division I National Championships.

Prior to his stint at Missouri State, Murphy was also the volunteer assistant coach for two years at his alma mater, Missouri University of Science and Technology. While at MS&T, Murphy helped several swimmers achieve Division II All-American status and 11 school records were broken. Murphy was also the Head Coach of the Missouri State Aquatics, and Rolla Fins club swim teams during the offseason.

As a swimmer from 2007-11 at Missouri University of Science and Technology, Murphy was a Five-Time Division II All-American. While swimming for the Miners, Murphy competed in the 500, 1000 and 1650 Freestyle races along with the 400 Individual Medley. In his first two seasons, Murphy broke the school records in the 400 IM and 500 Free.

Murphy graduated from Missouri University of Science and Technology with a bachelor’s in mechanical engineering.

Congrats Danny! Glad to see you moving up in the world of swimming.