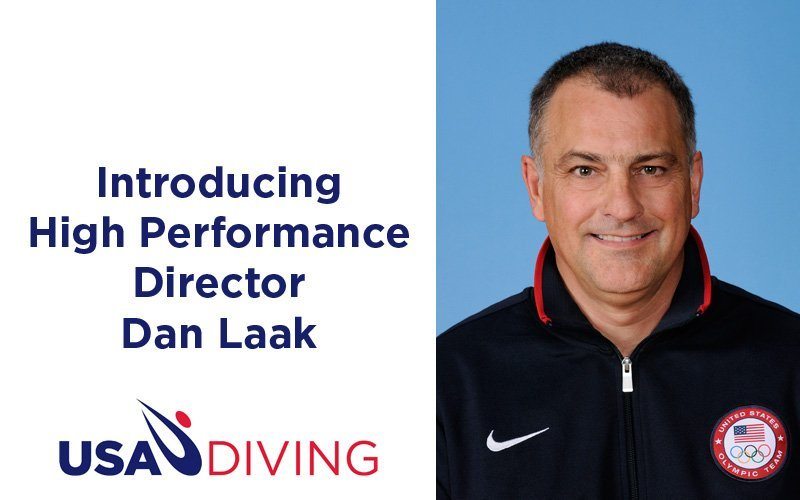 “I am excited to have Dan join our staff in this key position. His experience, knowledge of the sport and familiarity with our athletes and coaches will be invaluable while we prepare for the Olympic Games in Tokyo and build a foundation for the future,” said USA Diving CEO Lee Johnson.

Laak served as a coach for the United States at the 2008 and 2012 Olympic Games and coached for Brazil at the 2016 Olympic Games. He was a coach for the United States at four FINA World Championships and most recently served as the U.S. team leader at the 2017 World Championships. He also served on the U.S. coaching staff at three FINA World Cup meets and numerous Grand Prix and World Series competitions.

“I am looking forward to this new role with USA Diving. There is incredible talent and potential in the United States, and I am excited for the opportunity to lead our athletes and coaches as we approach Tokyo and continue planning for 2024 and 2028,” Laak said.

Laak comes to USA Diving after 31 years of coaching at the University of Georgia, where he was named national coach of the year three times and coached his divers to five NCAA titles.

Laak will replace Kevin Ankrom, who has resigned from his position. Vince Panzano will serve as interim High Performance Director through July, as Laak anticipates starting his new role August 1.

Dan Laak, who has served as diving coach for more than 3 decades, has announced his retirement from the college ranks to become the High Performance Director for @USADiving. We will miss him greatly! pic.twitter.com/SDirG59k7k