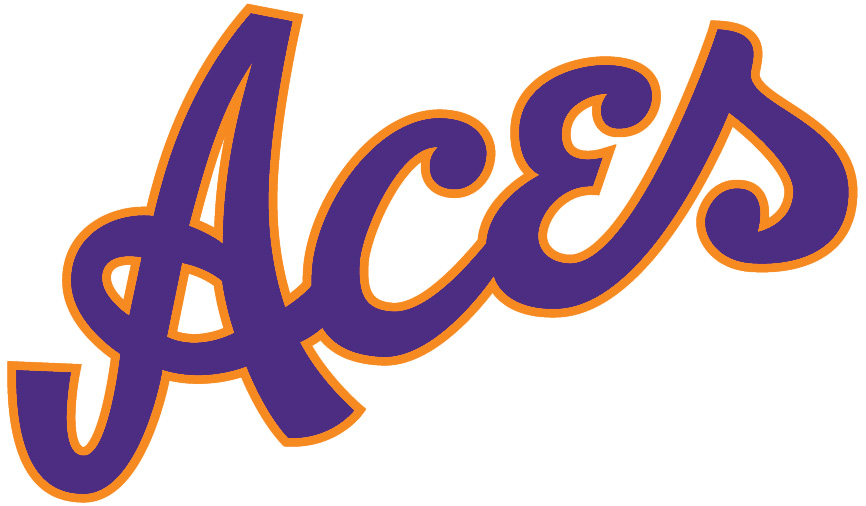 University of Evansville in Evansville, Indiana, has announced an "institutional realignment" plan that includes cuts to athletics programs. Current photo via Evansville University

Natalie Stuart from Jeffersonville, Pennsylvania has announced her verbal commitment to swim and study at the University of Richmond in the fall.

Beginning in fall 2022, the Summit League will have 8 men’s and women’s swimming & diving programs with the addition of two former Division II schools.

Baseball standout Jay Parente has opted to swim in college, and will join the Fairfield University Stags next fall.

NCAA Division I school University of Evansville will reduce scholarship counts across 10 athletics programs, including swimming & diving, as part of its efforts to stay financially solvent amid the pandemic.

In an interview with the Courier & Press, UE athletics director Mark Spencer said that everything was on the table when the school began drafting an “institutional alignment plan,” which included reductions to athletics.

The school looked at options including joining other conferences, leaving NCAA Division I all together, and cutting sports.

“Our roster size isn’t huge in the sports we had identified for this, but also wanted to make sure we left enough scholarships in those sports to remain competitive in the conference,” Spencer said. “If you look at swimming: If you look at our history, we finish within one spot in the conference every year as a team.

“We don’t expect that to really change a whole lot with these scholarship reductions. Can we have individual success? Absolutely. Our kids always fight for championships, but you may not have as many full-scholarship swimmers, golfers, and track and field folks as we’ve had in the past.”

Swimming awards “equivalency” scholarships, where the allotted scholarships can be given in partial form across multiple athletes. That’s as compared to sports like football, basketball, and volleyball, “head count sports,” which give only full scholarships.

The school declined to share how many scholarships the swimming & diving programs had before the cuts, and how many were cut, but in response to an inquiry from SwimSwam did say “UE Athletics cut a total of roughly 20 scholarships across the 10 sports that were impacted.”

Spencer says that no current scholarships will be impacted by the decision.

The spokesperson emphasized that “even after the reductions, each of these sports will continue to have multiple athletic scholarships available.”

The reductions will impact golf, swimming, and track & field programs. No ‘head count” sports will be impacted.

Evansville’s women’s program is currently preparing for the 2021 Missouri Valley Swimming & Diving Championships, which will take place from April 15-17 at Southern Illinois University. Last season, they finished 6th out of 8 teams, which was the program’s best finish since 2017.

The men’s team will race from April 8-10 at the Mid-American Conference Championship meet at Miami University in Ohio. The men’s team finished 5th out of 5 teams at that meet.

The 2019-2020 season was the first season for the programs under head coach Stuart Wilson.

The school says that they have received a boost of income after the Loyola and Drake men and the Missouri State women making runs in the NCAA basketball tournaments. Loyola, a #8 seed, upset #1 seed Illinois to advance to the Sweet 16, while Drake lost to USC in the first round. The Missouri State women advanced to the Sweet 16 as well, where they lost to eventual national champions Stanford.

While all schools benefit from the revenue generated from the NCAA basketball tournaments, conferences and schools are allocated extra money based on how deep their teams advance. Conference often distribute their allocations to all members, even those that don’t participate in the tournament.

The University of Evansville cut its football program in the spring of 1998.

According to an annual report submitted to the NCAA, Evansville athletics was subsidized at a rate of $12 million for the 2019-2020 academic year. The school couches that figure by claiming that half of that money, $6 million, is not an “expense” but rather “lost revenue” via scholarships, and that tuition dollars further offset the “expense.”

Other changes for the university as a whole include:

The University of Evansville had 2,312 students as part of its total enrollment in fall 2020, making it one of the smallest schools in NCAA Division I athletics. Tuition and fees amounted to approximately $18,750 per semester for the 2020-2021 academic year.

Evansville has participated in NCAA Division I athletics since 1977.

This is ridiculous. The athletic director at UE couldn’t care less about the swim program. He loves 3 sports and 3 sports only: men’s basketball, baseball, and men’s soccer. The rest of the sports get left in the dust and never see him except for mandatory student-athlete meetings. His comments in this article are repulsive and show his lack of knowledge about this sport. This program went through 3 coaches in 3 years because the athletic director couldn’t do his job correctly. He kept a coach around for 17 years that did little to nothing for bettering athletes. There’s only so many “feel good” activities you can do during a season before dedicated athletes are going to realize they’re doomed… Read more »

Mark Spencer was hired in 2014, so I’m not sure he’s responsible for all 17 of the seasons under the prior coach…

Regardless of when he was hired, he’s responsible for some of it. Let’s concentrate on the bigger issue rather than being nit picky.

The ‘bigger issue’ is that swimming is only valuable to a university when student-athletes are paying tuition dollars.

Is that the ‘bigger issue’ we’re focusing on?

My guess is that this will not have the desired effect. Without the scholarships, roster numbers are going to go down and tuition revenue will stay the same at best. UE has carried weak swimmers for years to pad numbers, and they still don’t have high numbers, so what makes them think they can increase the number of walk-ons or low-scholarship swimmers now?

Better to go no scholarship than no program?

Agreed – Eastern Michigan would have loved to have had this option!

Cutting Scholarships is a death sentence. Super unfortunate that these “cap casualties” keep taking place at D-1 Universities, unfortunately look for this school to cut its swim program in 5 years due to lack of competitiveness (praying I am 100% wrong)

Ball State’s men’s team hasn’t had scholarships since the early 2000s and have not been in danger of being cut. And they beat Evansville at MAC Champs last year

Because they had divers and Evansville didn’t. Look at the results – how many Ball State swimmers beat UE swimmers? Not a lot…. the clock tells a better story than the one you’re trying to tell.

I think you guys are missing the point. Simply that mid-major programs can still be competitive with reduced or no athletic scholarships. Probably wouldn’t work in a Power5 Conference, but William & Mary and others continue to be competitive and provide a great D-I experience for student-athletes. This isn’t about who won a meet, just being alive and being given a chance to compete. Nothing like a great rivalry though!

Ball State’s tuition is a fraction of UE’s, especially Ball State’s in-state tuition. As someone who swam at UE for four years and has seen the type of scholarships the swimmers and divers get, 9 times out of 10 a swimmer at Ball State will pay less for school than a swimmer at UE. Apples to oranges bud.

I am very disappointed by this decision, but this will not be a death sentence for UESD. Period. Coach Stu and the Aces are a tougher bunch than imaginable. They have broken more school records in the last 2 seasons than the previous 5 combined. The performance and culture of UESD are growing in the face of unprecedented challenges, and don’t expect that to stop.

Ball State’s men’s team has never been in danger of being cut because they are a state school with 22,000 students. UE is 10% of the size, costs 2x as much, and so is much less likely to get local athletes. UE has to work just as hard to get recruits and are dead heat… Read more »

For me, it puts the programs at unnecessary risk, when cutting scholarships are obviously not solving a budget crisis of Millions…For example,
Take a Combined Roster (Men’s and Women’s) let’s say 36 swimmers (18 Men/18 Women), if they have Zero Scholarships that means a university has 36 students paying full-tuition…living on campus (for atleast one year), and contributing towards normal everyday campus expenditures (books, school spirit wear…etc). If the school costs between 10-20 K (Or in some instances wayyyyy more) your generating between 360K-720K in revenue (based on Tuition). Obviously you could deduct natural operation costs (coaches salary, travel, gear). You still could easily… Read more »