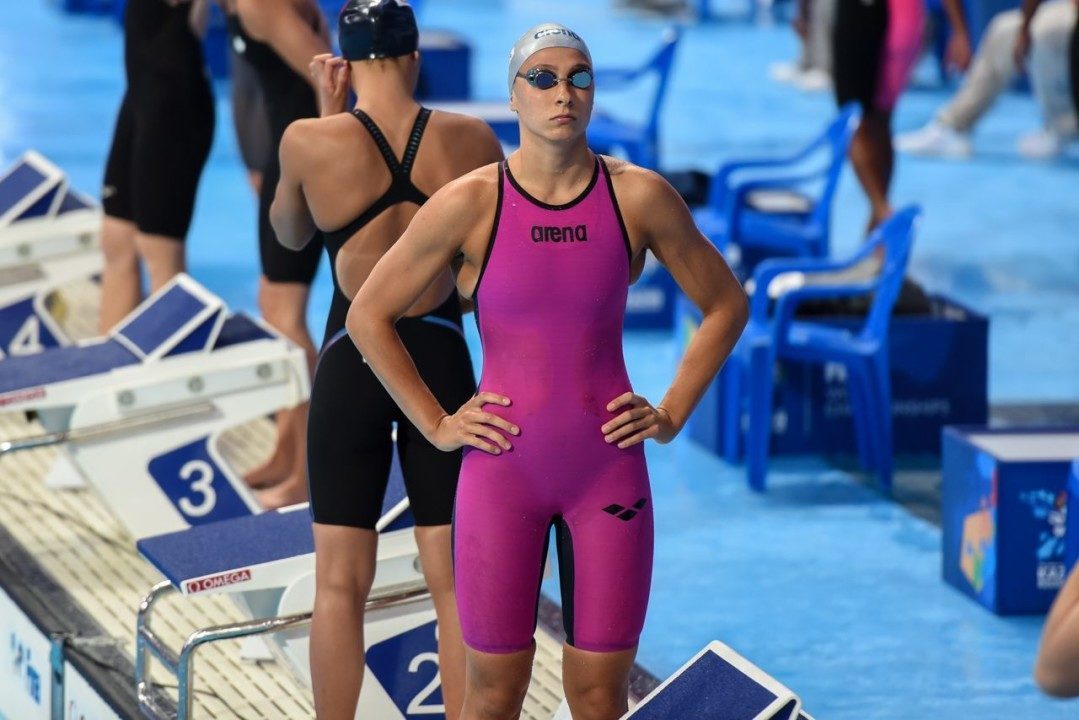 Barbora Zavadova will lead a team of 22 Czech's heading to the European Championships in London, UK. Archive photo via Peter Sukenik/www.petersukenik.com

The Czech Sport Swimming Association (CSPS) announced last Thursday that they have named a team of 22 swimmers to compete at the European Championships beginning next week in London.

The full swimming roster is as follows:

At the World Championships last summer in Kazan the Czechs sent six male swimmers, five of whom are set to compete at the Europeans. The top performer among the men in Kazan was Jan Sefl, who produced a 17th place finish in the 200 fly.

The women sent seven to Kazan, all of whom will compete in London. Their top performer at Worlds was Barbora Zavadova, the only Czech swimmer to earn a second swim, as she placed 5th in the 400 IM and 12th in the 200 IM.