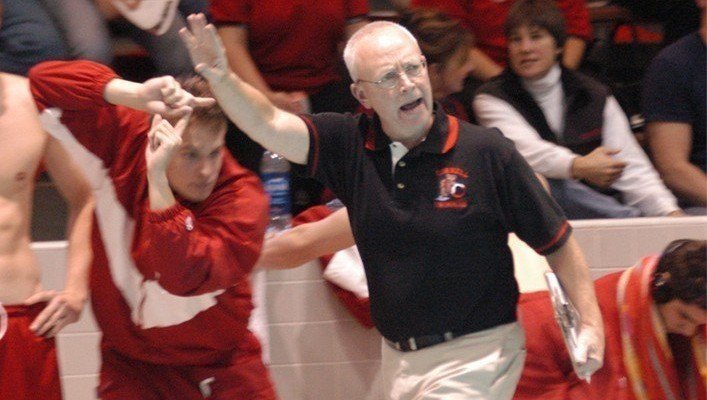 Gallagher was promoted to Cornell’s associate head coach position in July 2014, having served as assistant coach and women’s recruiting coordinator for the Big Red since May 2013. Prior to arriving at Cornell, Gallagher had been head coach of Saint Francis from 2004-2013. From an 11th place at the conference meet his first year, Gallagher became the winningest head coach in that program’s history with 59 career victories. He guided the Red Flash to four consecutive Northeastern Conference titles (2010-2013) and was named Coach of the Year in 2010 and 2012.

Gallagher started his collegiate coaching career at Cornell in 2001 and spent two seasons with the Big Red. He served as the team’s recruiting coordinator and assisted in all aspects of the program under then-head coach Marrie Neumer. He also worked with Lucia, who was the head coach of the men’s program only at the time.

Newman was promoted to associate head coach after serving as an assistant coach for both the men’s and women’s teams since July 2009. Newman graduated from Cornell in 2009 and is considered one of the Big Red’s all-time greatest swimmers. He was a Canadian Olympic Trials competitor, an NCAA qualifier, a three-time Eastern champion and holder of five individual and four relay school records at Cornell. A two-year team captain and the winner of the 2008 Richie Moran Award at Cornell, he was voted the team’s most valuable performer in each of his four seasons. Newman was a catalyst for the program’s undefeated 2007 dual meet season, as well as its third-place finish at the 2009 Ivy championship meet.

As assistant coach, Newman helped the Cornell men to a 13-6 dual meet record in his first two campaigns on the sidelines, pushing the team to a pair of third place finishes in the Ancient Eight. He has been part of the renaissance of the women’s program, helping the Big Red to a 4-3 Ivy record in 2013-14, the second winningest season in program history (other than 1991-92).