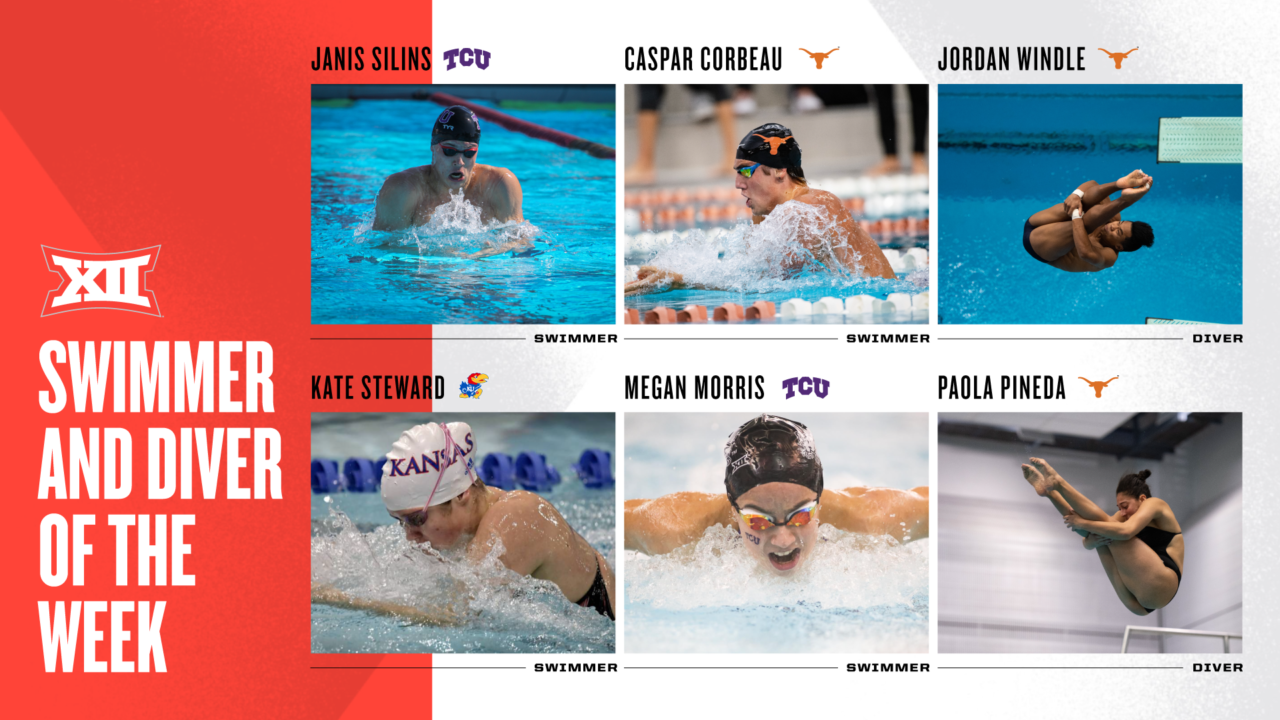 An electrical engineering major with a 3.8189 GPA, Krueger is a two-time Academic All-Big 12 team selection.

Silins notched his fourth straight NCAA B cut in the 100 breast. The sophomore took the event with a season-best time of 53.97, which sits at No. 14 in the nation. He is undefeated (4-0) in the event this season. Silins tied the men’s 100 breast pool record at No. 16 Florida State’s Morcom Aquatics center. In the 200 breast, He earned his first NCAA B cut of the season (1:57.53). His mark ranks ninth nationally.

In a head-to-head showdown against LSU star and 2019 World Championships bronze medalist Juan Celaya Hernandez, Windle won both the 3-meter and platform events during the three-day UT Diving Invitational. The senior earned a 96.53 score on this third dive, including a 10 from one of the judges, in the closely contested platform. Windle registered his second consecutive Big 12 weekly award.