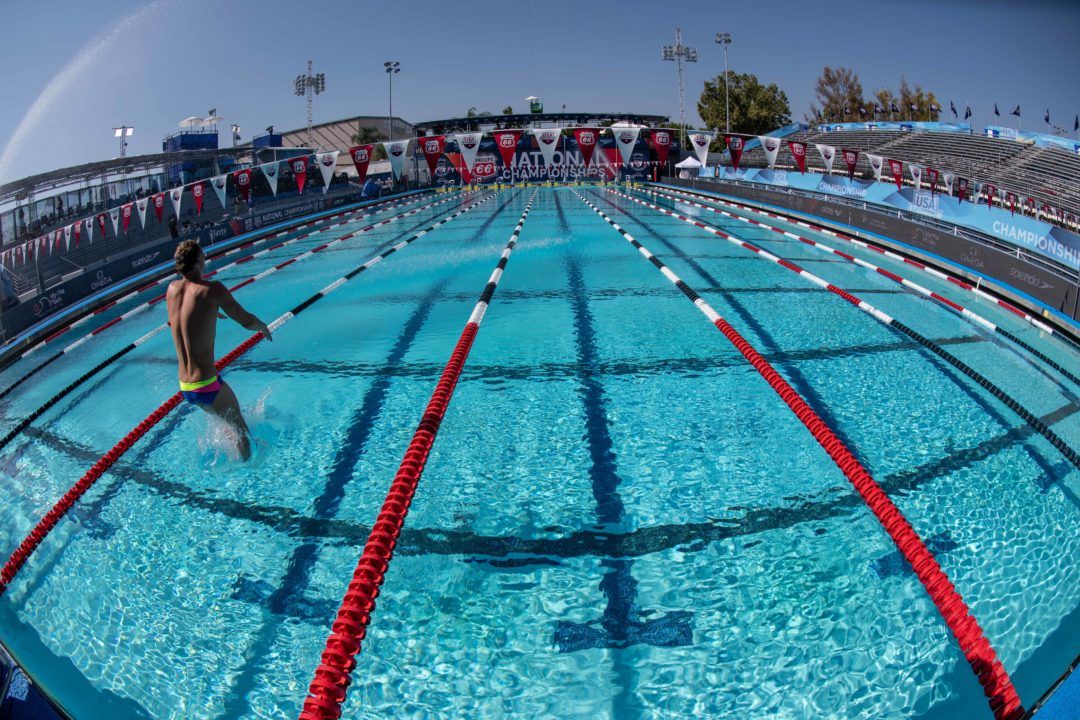 A phenomenal season culminated with a standout performance for the Elmbrook Swim Club at the 2021 Speedo Summer Championships – West in Irvine in early August, compiling 343 points—the second-most among any club at the competition—despite sending a small number of swimmers.

Elmbrook head coach Brent Boock brought eight athletes to the meet, all aged between 15 and 17, and the work they’ve been putting in this season really paid off in spades.

Stoll scored 61 points at the meet, and she was followed closely by teammates Maggie Wanezek and Lucy Thomas, who scored 57 and 56, respectively, and lowered a combined eight personal best times.

Michael Long and Abby Wanezek also had strong showings at the meet, and the women’s relays really showed out.

Great Coach, you can clearly tell he has built a dynasty!