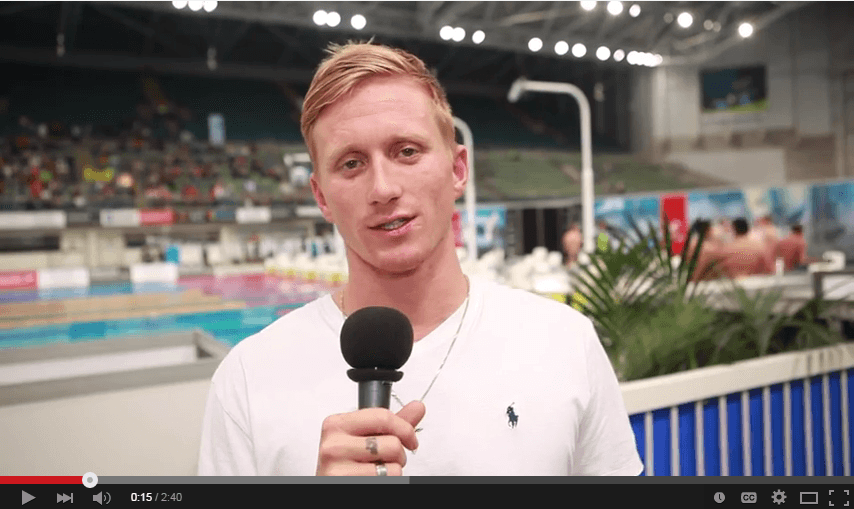 Australian Olympian Dan Smith announced he would be partaking in the post-Rio training shuffle by moving to train under storied coach Michael Bohl. Archive photo via courtesy of Swimming Australia.

Australian Olympian Dan Smith announced he would be partaking in the post-Rio training shuffle by making the move to continue his career under storied coach Michael Bohl.

It's moments like these that makes it's hard to say, that I'm moving to ST Peter's swimming club for this next season of my career! I'm so grateful for the love and support of @miamiswimmingclub ! You guys will always have a deep spot in my heart! Thanks for everything and see you all around on pool deck ???? #forevergrateful

Although he helped his squad make it to the finals in the relay event in Rio, Smith’s split of 1:47.37 was among the slowest of the entire field of competitors across all 8 teams. The green and gold had to settle for a 4th place finish and off the podium.

For Smith, however, the fact he was even in the pool at all was a victory of sorts, as the once Ian Thorpe-esque age grouper dipped into a five-year drug and alcohol addiction that sidelined his career until 2014.

Smith’s move is just one of several recently announced changes. As mentioned, Larkin is on the move to a to-be-determined club, while Western Australian stand-out Brianna Throssell is headed to UWA West Coast from Perth City.

I predict Dan will become a Missionary .

I sure hope not. We have enough people that believe in fairytales

True & his fair complexion is a no no for the Equatorial zones .

I now predict Dan will take up Jousting . Apparently ‘Australia punching above its weight in competitive jousting ‘ .abc.net .au .