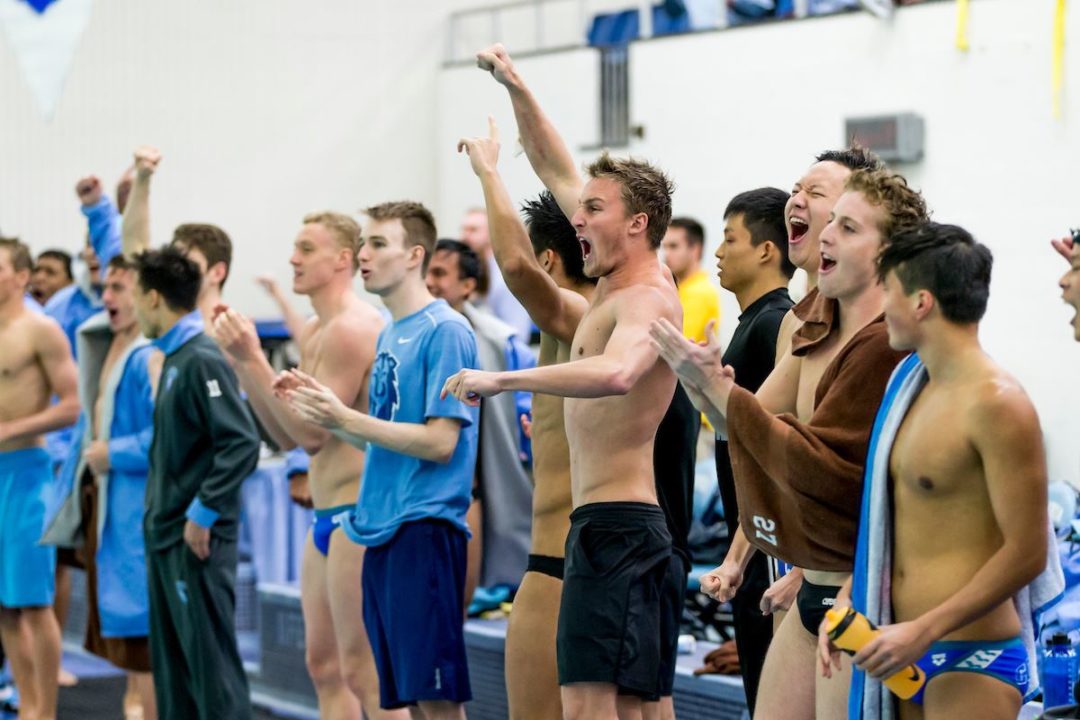 The Columbia men's swimming and diving team has added an abundance of depth with its newcomers for the 2019-20 campaign, adding 11 fresh faces to the mix. Current photo via Mike McLaughlin, Columbia Athletics

NEW YORK — The Columbia men’s swimming and diving team has added an abundance of depth with its newcomers for the 2019-20 campaign, adding 11 fresh faces to the mix.

“We are looking forward to working with the class of 2023,” said head coach Jim Bolster. “There is much talent in this group and much of our success this year will depend on their contributions. We have two divers and nine swimmers coming in, and all should have an immediate impact.”

“We are thrilled to have so much talent joining the team this year,” echoed diving coach Scott Donie. “This is a turning point in the program and I couldn’t be more excited.”

Full details on the class of 2019 recruiting class can be found below, while the full roster is available here.

Donie on Blizard: “Ben is a rare athlete and person. He has the right mix of reliability, poise and patience.”

PERSONAL: Parents are Jennifer and Jeffrey Blizard … Has two brothers, Sam and Jack … Has climbed 24 mountain peaks over 4,000-feet high … Undecided on a major … Enrolled in Columbia College.

Bolster on Chang: “A local product from Long Island Express Swim Club enters Columbia with times that make him a major threat to be a top eight finalist in the breaststroke events. He is also a solid individual medleyist and will be called upon to swim this event at the dual and championship levels.”

Bolster on Drew: “A local product from Greenwich, Connecticut and the Brunswick School. As a sprinter, Keegan will have an opportunity to step right in and produce points in the individual sprint races, but he is a good relay swimmer and will have many chances to contribute to our relays.”

PERSONAL: Parents are Aly and Parker Drew … Has two siblings, Harper and Samantha … Comes from a family of Ivy League athletes, as his mother played softball at Brown, father played golf and basketball at Brown … Grandfather, John C. Parry, played football at Brown and was the school’s Athletics Director from 1979-90 before going on to be Athletics Director at Butler and Cleveland State … Plans to study economics and political science … Enrolled in Columbia College.

Donie on Fellows: “Casey has incredible athletic ability and even more importantly the work ethic that we always look for.”

PERSONAL: Parents are Necole and Christopher Fellows … Has one older sister, Holley, and one younger brother, Gunnar … Uncle, Justin Armour, was an All-Pac 10 wide receiver at Stanford and played three seasons in the NFL … Plans to study film or business and hopes to one day become a movie director … Worked on two short films which were selected for the High School All-American Film Festival … Enrolled in Columbia College.

Bolster on Hansen: “From the Green Mountain state of Vermont, Eric will have the opportunity to make an immediate contribution to our distance corps.”

PERSONAL: Parents are Sofia and Stig Hansen ’88SEAS … Has two siblings, Kristian and Isabella … Father and uncle, Bo Hansen ’89CC, both rowed crew for the Lions … Brother, Kristian, is on the men’s swimming team at Minnesota … Plans to study computer science … Enrolled in Fu Foundation of Engineering and Applied Science.

Bolster on Lee: “Perhaps the most versatile swimmer in the class, Andy is also a local product hailing from Queens. His skillset will make us stronger in the back, breast, fly and sprint free events. Our biggest problem will be determining where to use him every meet. He enters with times that will make him a serious contender for top-eight finishes at the Ivy Championships in any one of six events.”

Bolster on Leger: “A transfer student from Queens University in North Carolina, Baptiste is not an official member of the class of 2023, but he has talent representative of the class as a whole. A Frenchman by birth, Baptiste will provide front line strength in the backstroke and individual medley events. His backstroke times are such that he will threaten our school record along with placing top eight at Ivy Championships.”

PRIOR TO COLUMBIA: Two-time NCAA Division II All-American in the 200 backstroke at Queens University of Charlotte after placing fourth in 2018 and sixth in 2019 … Helped Queens to back-to-back NCAA team titles … All-Conference both years in the 100 and 200 back … 2019 All-Conference in the 200 IM … Dean’s List.

Bolster on Li: “A sprinter from the Great Lake state of Michigan. Eugene will be a great addition to our sprint ranks. His times put him in the hunt to score big points for the Lions in dual meets and championship meets. We hope to develop his breaststroke so that he will have three scoring events at the championship level.”

Bolster on Shepanzyk: “The tallest member of the class of 2023, Thomas is another tri-state talent. Arriving from across the river in New Jersey, Thomas will make a splash in our middle-distance free events. In particular, he will get exposure in the 200 free and will have the chance to make a big difference in our dual meet fortunes from the outset.”

Bolster on Shirakata: “Coming all the way east from California, Ike will be a big-time contributor to our breast and IM units. He will team up with Chang and Lee to give the Lions a formidable breast contingent, but he will also be called upon to factor in the individual medley event especially at the dual meet level.”

PERSONAL
Parents are Ayako and Masanori “Den” Shirakata … Was born in Japan … Has three siblings, Kiki and Chiyo … Undecided on a major … Enrolled in Columbia College.

Bolster on Yang: “A visitor from the North… Toronto, Canada, that is. Ray enters Columbia with the fastest 200 butterfly time ever and will be relied upon heavily in the fly events for the Lions. Ray should be in the mix for an Ivy title or two before his time is up and we look forward to working with his talent.”