Colleges Kick off 2015-2016 Season with Intrasquad and Alumni Meets 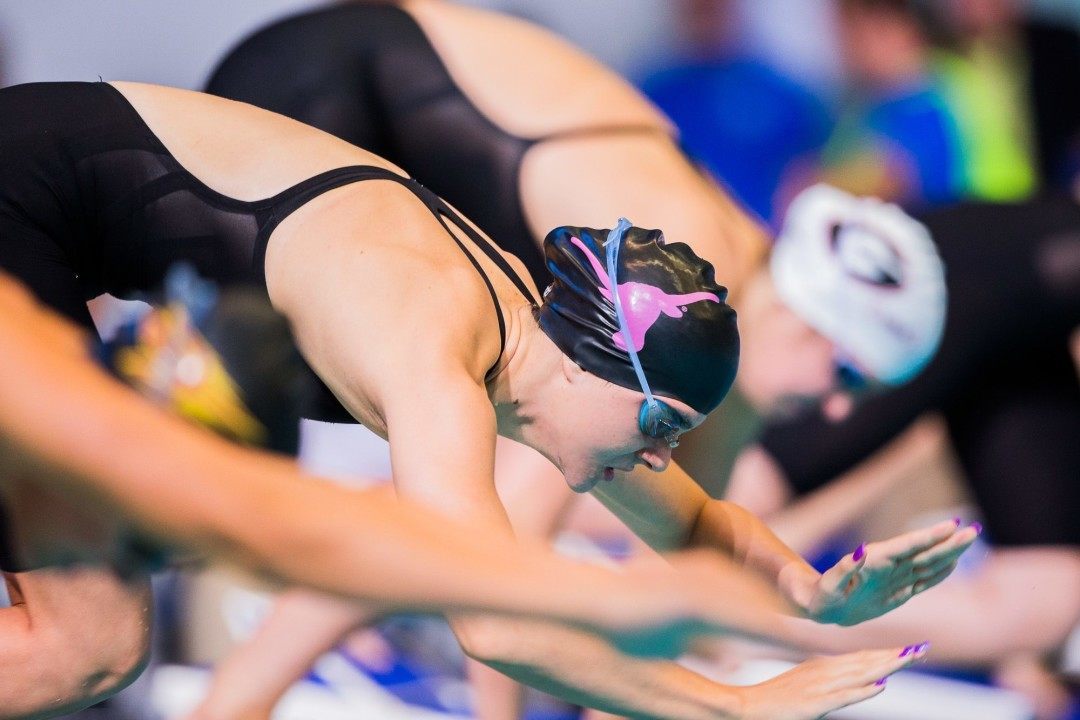 The 2015-2016 season continues to kick off as teams dive into the competition water this weekend Current photo via Tim Binning/TheSwimPictures.com

Over here at SwimSwam, we’re so excited for college swimming to start back up, and a huge portion of the country’s Division I teams kick off their 2015-2016 seasons this weekend. Many team,  including  Texas and Auburn, will be opening their seasons off with intrasquad and alumni meets. These types of meets are like a soft opening for a restaurant, they give athletes a chance to get their race gear on and get into competition mode after a few weeks of training together. It ‘s also the first time we get to see this year’s strong recruitment class donning their new teams’ caps and diving in. Alumni meets also give existing swimmers and their respective alumni a chance to bond over team tradition and share history.

This weekend we’ll also see the start of the dual meet season, including the match up between the women of Cal and Cal Poly, at their annual Queen of the Pool show down – though the men won’t be participating this year. TCU will be swimming back to back dual meets against the North Texas Mean Green and University of Texas- Permian Basin. The Stanford women, who took 3rd place at last season’s NCAA Championship meet, will also be getting their conference season underway early against Washington State.

Yes, Sir, taking youngest one to Texas’ Orange-White intrasquad tomorrow. I will be tweeting from the meet, as usual. Stop by (@PsychoSwimDad), I might even post picture of Eddie and I 🙂

You may be the only one in the stands as there is a bigger intersquad and alumni meet going down in Austin at the same time.

Rutgers has their intersquad meet on 9/25 and their alumni meet on 9/26.