Cody Miller Video: Why I Signed With Speedo 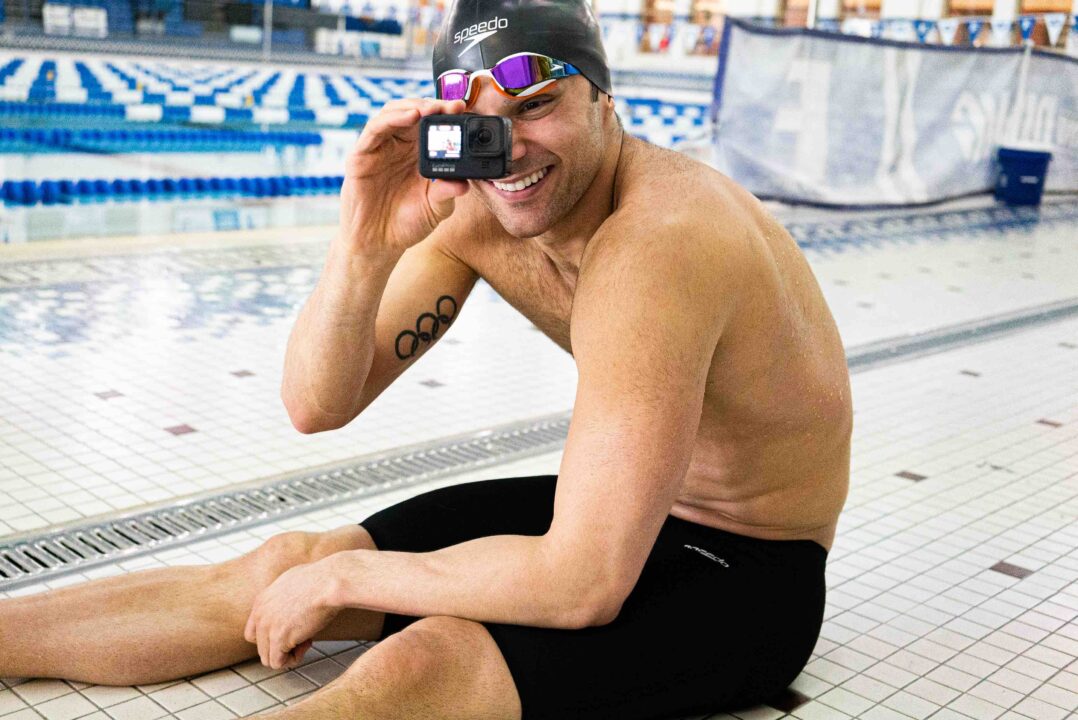 This has been in the works for awhile; however, for Cody fans, it might be the worst kept secret in swimming. He’s been wearing Speedo in his last few video episodes.

Stay tuned. Tomorrow Cody appears on the SwimSwam Podcast to unpack the finer details of the move to the biggest brand in swimming and why.

CODY MILLER: WHY I SIGNED WITH SPEEDO

Speedo, the world’s leading swimwear brand, has signed American Olympic champion and YouTube sensation Cody Miller to its roster of elite athletes ahead of the Olympic Games in Tokyo this summer.

Cody won two medals (one gold, one bronze) at the 2016 Olympic Games in Rio and has been part of the USA national team since 2013. He specializes in the 100m and 200m breaststroke and is currently training for what will be his second Olympic Games.

Growing up in Las Vegas, Nevada, Cody discovered his passion for swimming as a way to monitor his heart after being born with Pectus Excavatum, a condition that causes the breastbone and ribs to grow inwards. Following his early success as a junior swimmer with the Sandpipers of Nevada Swim Club, Cody went on to dominate in the Big 10 Conference, winning eight individual Big 10 Titles for Indiana University.

Following his impressive college career, Cody went on to represent Team USA at the 2016 Olympics in Rio, where he won a bronze medal in the 100m breaststroke, setting an American record in the process (58.87s). His individual performances earned him a spot on the 4x100m medley relay. Cody won Gold, setting an Olympic Record (3:27.95) alongside teammates Ryan Murphy, Nathan Adrian and Michael Phelps.

Following his success in Rio, Cody joined DC Trident in the International Swimming League, whilst also winning silver in the 100m breaststroke at the 2019 Pan American Games.

Outside of the pool, Cody also launched his YouTube channel Cody Miller Adventures, in 2017, with the aim of providing an insight into his life as a professional swimmer. To date, Cody has currently amassed more than 325,000 followers across his social media platforms. He is most well-known for his popular “vlogs” on YouTube, where he shares weekly videos showcasing his training, racing, and his hobbies.

Following the announcement, Cody said: “I am thrilled to finally announce my partnership with Speedo – I’ve been teasing this new partnership in my videos for a few weeks now. It hasn’t been the best kept secret – my YouTube audience picked up on it almost immediately!

“I’ve been a huge fan of Speedo ever since I first started swimming. Growing up, all of my favourite Olympians were Speedo Athletes, and now that I’m in this position, it’s hard for me to believe it’s real; I kind of want to pinch myself. Heading into this summer, I couldn’t be more excited to represent the world’s best swimming brand and race in the fastest suits available.”

Sean Kavanagh, Global Director of Sports Marketing & Sponsorship at Speedo said: “Cody joining Team Speedo is a really exciting time for the brand and we’re really happy to see him racing with us. He brings a lot of elite level racing experience to the team having won gold at the Olympics and World Championships.

“At Speedo, we believe that the water should be for everybody and we are always striving to encourage more people to get in the pool and experience the mental and physical benefits of swimming and Cody’s highly-successful YouTube channel does exactly that. We are really excited to work with him to reach a new audience and inspire the next generation of swimmer.”