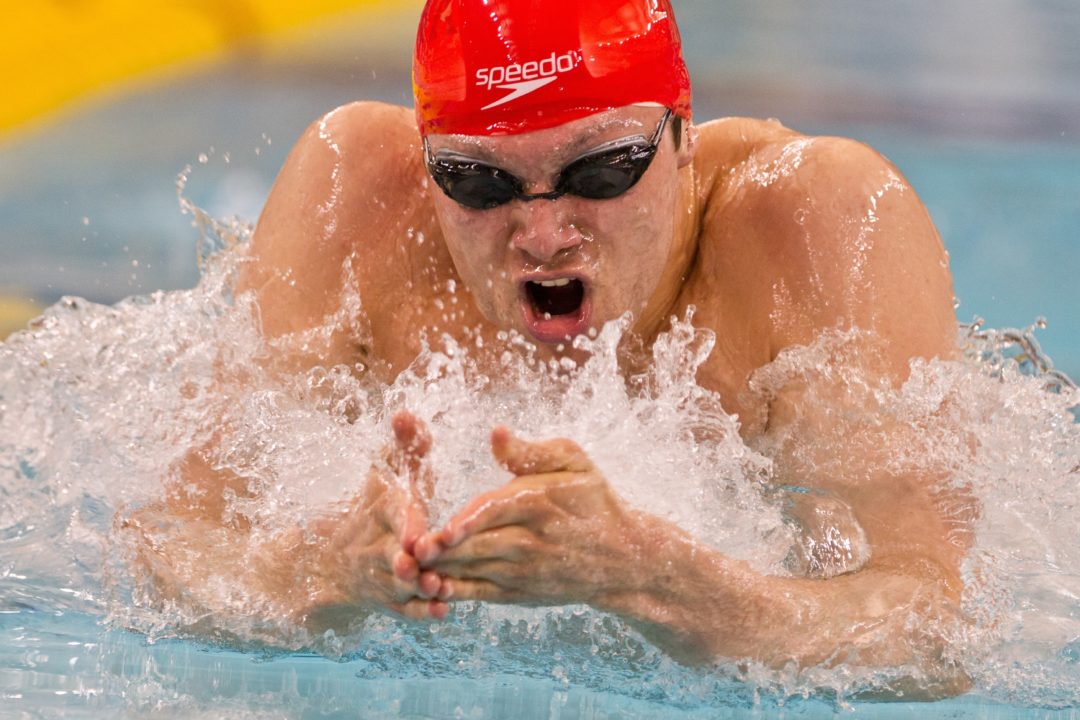 Indiana senior Cody Miller has accepted a spot on the 2013 Duel in the Pool team, according to his head coach Ray Looze. photo via Tim Binning/TheSwimPictures.com

Seven-time individual Big Ten breaststroke champion, Big Ten record holder, and one of the fastest short course yards breaststrokers in history, Indiana senior Cody Miller has accepted a spot on the 2013 Duel in the Pool roster.

Miller still has not cracked a spot on “the big team” for Team USA, but he’s amassing an impressive list of international meets anyway, including a pair of World Cups as a high school swimmer, the World University Games team this summer, and now as a part of the American team that will head to the America-versus-Europe all-star battle in Glasgow, Scotland on December 20th and 21st.

Miller is the 3rd American male breaststroker to publicly commit to he meet, after Georgia undergrads Chase Kalisz and Nic Fink. He’s an especially valuable swimmer on this U.S. team because he’s also a very good IM’er – remember that he was 7th in the 200 IM at the 2012 Olympic Trials, which was actually his highest finish at that meet.

Miller received his invitation just today, which means that USA Swimming is probably still working through their list of swimmers who are declining invites.

More American names should keep piling up between now and the self-imposed November 1st deadline to announce their full roster.

Cody is a senior

How many men and women have you confirmed for the USA? Thanks

how many men and women have you confirmed in total for the USA?

I’m pretty sure Cody Miller has more than 5 Big Ten titles. Indiana certainly is doing some thing right, its not just Cody, that team is stacking up impressively high.

so there are 2 usa breastrokers already on the team

You’re right, totally forgot about them. Will update.