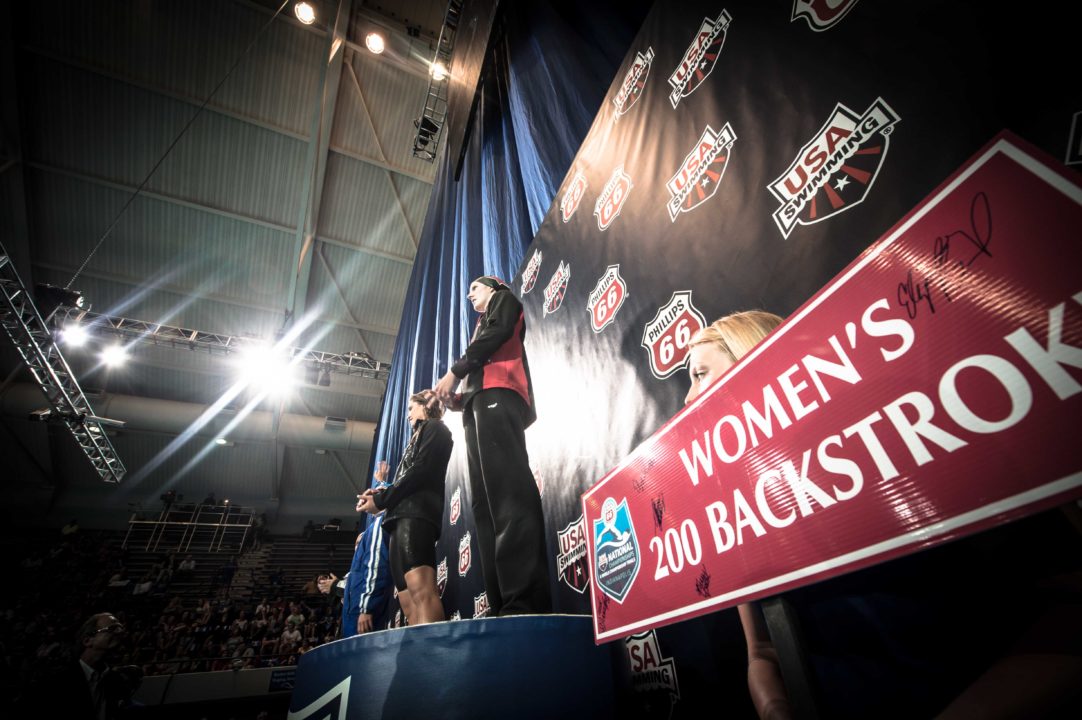 Competing in a post Olympic year is not easy, especially for champions. We’ve witnessed a few fall off the map. It’s understandable. The post Olympic year is a let-down, and it’s so long, Sahara Desert long, until the next Olympic Games. Swim coach Todd Schmitz of the Colorado Stars is young but wise about how to handle these challenges. Many thanks to Todd for sharing his thoughts in the video above.

SIDE NOTE: Todd was pumped after Missy’s 100 free win — the first of the meet — and new meet record in the 100m freestyle. Behind-the-scenes he was high-fiving and yelling in celebration.  See the women’s 2013 World Championship Trials 100 freestyle swimswam report below:

Missy Franklin won the women’s 100 freestyle out of lane two posting a new meet record  time of 53.43, which breaks the previous mark of 53.58 set by Amanda Weir in 2006. Her time is also the second fastest in the world this year with only Cate Campbell having swum faster having recorded a time of 52.83.

Natalie Coughlin took control of the first 50 turning in a time of 25.70 followed closely by Megan Romano who turned in a time of 25.78. Franklin had an incredible last 50 meters overtaking half of the field with a split of 27.35, finishing four tenths of a second ahead of Shannon Vreeland who finished second in a time of 53.83.

Both Franklin and Vreeland used their closing speed to finish in the top two spots:

He has done an amazing job with Missy! Very passionate guy who is very interesting in interviews. It must be hard for him to see Missy leave.

Very smart Team Schmitz/ Franklin !! Very good job for a post olympic year . 4 Wins !!! Missy has exactly the same races to swim In Barcelona than what she swam in London . 4 individuals + 3 relays . She is gonna rock in Barcelona …….