Coach Of Russian National Team Comments on Performance at Euros 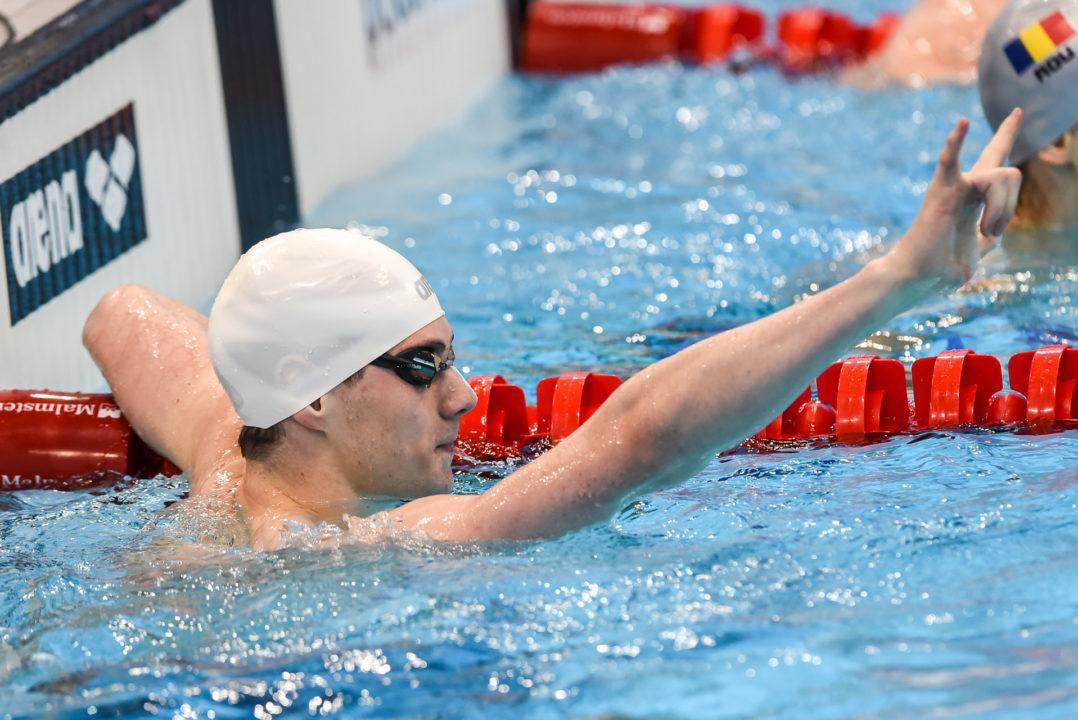 Russian National coach Sergei Kolmogorov believes that the Russian team is strong heading into Rio and will perform better than at European Championships.

Russia only earned two medals at the Championships, coming on the men’s side from Grigoriy Tarasevich. Tarasevich eanred a silver in the 100 back and a bronze in the 50 back.

Russia ranked 16th out of 23 teams in medal count and points, a stark contrast to last year’s 2nd place finish at the short course Championships.

Kolmogorov was asked why many Russian swimmers failed to qualify for the Olympic team, and answered by naming the four swimmers who had a good opportunity to qualify but fell short. Kolmogorov named Alexander Osipenko, Andrey Zhilkin, Nikolay Skvortsov, and Natalie Ivaneeva as some of the swimmers who did not reach their full potential, and cited shortcomings in training as part of the reason for the disappointing results.  Kolmogorov claimed that another reason why the team may have been sluggish is because Russian National Championships were just a short month before the Championships.

Kolmogorov also noted that the standards to qualify for the Olympic Team in Russia are faster than FINA “A” cuts, causing many swimmers to miss out due to overly difficult qualifying times.

Kolmogorov went on to say that many of the swimmers at Championships, from all teams, underperformed because the Championships were held two months before the Olympic Games this year, as opposed to being held in late July or early August. This shift caused many swimmers to be unprepared, as the meet was too early in the summer, which affected the athletes’ training cycle.

Were the shipments of meldonium late in arriving?

Mr HMMM….
You better check the content of waist bins in athletes’ lobbies during Olympic Trials in Omaha

Actually, it may be a very smart move. I did the same in 2012 – sent Numbers 4,5,6… to Debrecen. They came back with 2 bronzes. The Head Coach (me) was names the enemy of the Mother Russia. The best, multi-gold medal winning countries in Debrecen – Germany, Italy, Sweden, Danmark won no medals in London 2012 at all! The only gold for Hungary won by Daniel Gyurta in 200 BR. Gyurta himself did not take part in home European Championships. That time it was right for Russian swimming. We took no golds – only 2 silver and 2 bronze at Olympics, but we could take nothing too. I found my head cut and my balls on the wire…and landed… Read more »

Hmmmm….maybe they had to stop using PED’s for fear of getting caught this time?

I still follow the situation in Russian swimming even from far away. Since 01 January in out of competition testing FINA took 226 samples from Russians, 201 from Chinese, 92 from USA, 91 from Brazil. Total numbers of samples 1427 from 678 swimmers. To take or not to take PED – 1st of all is individual’s choice. In 2011 the Russian swimming Federation was approached twice by Mr Kamaev and Mr Rodchenkov with an offer we rejected. There also were some more “freelance” doctors and chemist around. I told this story to Hajo Seppelt who visited me in Stockholm, to Craig Lord but they are not interested since it does not complies with their conspiracy theory. End of the story.