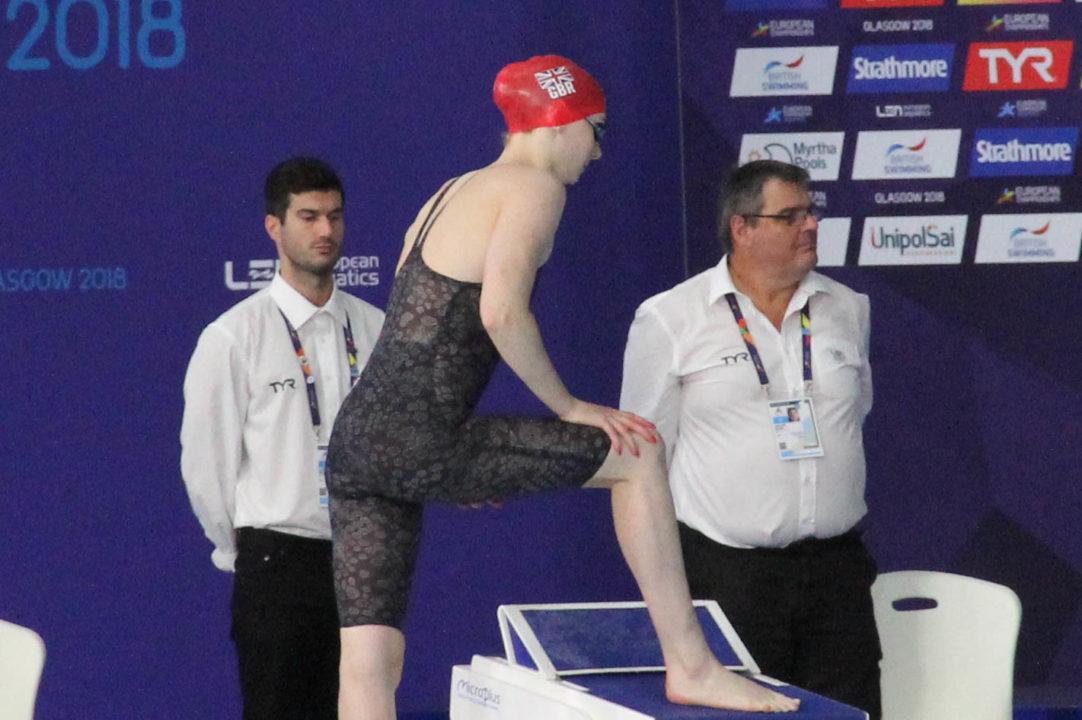 At the 2020 PCSC Championships, where Pepperdine finished runner-up, Mashkovich would’ve scored in B-finals of both the 50 free and 100 free.

During the 2019-20 season, Lin would’ve been the top 200 breaststroker on the Caltech roster by over five seconds.

Missed some of the Japanese Olympic Trials? We’ve got you covered with our in-depth synopsis analyzing the highs and lows of the 7-day affair.

At this year’s European Short Course Championships, 18-year-old Freya Anderson made her presence known in a big way. The Ellesmere College Titan topped the podium in the women’s 100m free and 200m free events, in the process denying gold to the likes of Italian Olympian Federica Pellegrini and Dutch Olympian Femke Heemskerk.

A World Junior Champion and multi-Commonwealth Games and long course European Championships relay medalist, Anderson earned her first individual senior elite medals in Glasgow, perhaps giving us a glimpse into what may transpire during the British Olympic-qualifying competition next spring.

Anderson’s times have improved steadily over the past couple of years as she has risen within the ranks of British Swimming and beyond. For instance, her long course 100m freestyle best time has been reduced from her 53.88 gold medal-winning time in Indianapolis at the 2017 World Junior Championships to 53.61 at the 2018 European Championships to a new PB of 53.31 in Gwangju this summer.

Anderson placed 8th at those World Championships in Korea with her time there ranking the teen as the 3rd fastest British performer of all-time.

She has been greatly improving in the 200m free as well, going from a lifetime best of 2:00.41 in 2017 to an entirely new territory of 1:57.51 this summer, just missing out on the final in Gwangju. She checks-in as the 7th fastest British performer in history with that outing.

Giving us insight into his protege’s upward-trending performances and plan for the near future is Director of Swimming at Ellesmere College, Alan Bircher. Ellesmere is an independent school program that gives large scholarships to swimmers wanting to combine academia and swimming at an elite level, which Anderson hs been accomplishing in spades.

Bircher has been guiding Anderson since her arrival at the club from Wirral Metro in 2015. Her coach from Wirral, Paul Remmonds, still works with Bircher weekly to help ensure ‘long-term consistency’ in what the young star does.

And exactly what is the secret sauce contributing to Anderson’s success? Bircher says that it comes down to the hard work the athlete gets done behind the scenes.

“All we ask of our athletes at Ellesmere College Titans is to be consistent in what you are doing but focused on always getting better as an athlete and person. Freya has had fantastic support from Family, Sky Scholars, UK Sport, and British Swimming,” says Bircher.

“My part in this is mainly down to giving Freya belief in what she is capable of, trying to implement more of a growth mindset as she already had the winning mentality.

“I’d never say this is a one-person project and we’ve all played a significant part, for everyone involved in the growth of Freya it is a real pleasure to see the success she is having at this point in time, but with a true focus on the next part of the journey and just making sure she is ready to do her best.”

From a fundamental perspective, Birchr says that Anderson’s swimming has been taken to the next level after working diligently on the teen’s starts, turns, and transitions.

“This has been done with some really good anaysis by Olly Logan,” says Bircher. Logan is the founder of Movement and Skill Aquisition Ireland and SwimSwam has reached out for further details on their specific partnership.

“In addition, we’ve had Freya focus on holding her head lower both when swimming and breathing. Finally, it was identified that Freya was pushing her hands to the side rather than n a flat-line pullling action.

“All smal points, but they’ve made a real difference in what we are seeing. The main process for this is to identify the small but significant changes which can be made and then develop them over the cycle with repetition.”

Bircher says that Anderson will indeed focus on the 100m and 200m freestyle events for Olypmic qualification, altough the athlete/coach duo won’t limit themselves to just those events in their overall preparation.

Bircher exclusively gave SwimSwam insight into a typical training week for Anderson, per below. He also prepared a few sample sets that the teen undergoes on a regular basis, which has led the coach/athlete combination to the success they’ve had thus far, with their trajectory headed in the right direction just 7 months out from Tokyo.

Coach Alan and the Ellesmere College Titans are on the rise! Freya has certainly been his “one to watch”, however, they developed many high level athletes in the past years. We’re extremely humble to have some of their work featured on our platform. Find out more at http://bit.ly/psw-alan-bircher